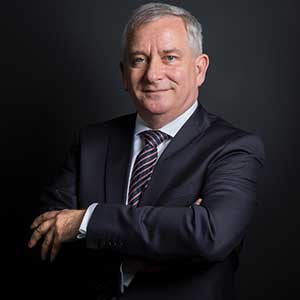 Paul recently retired after a career spanning three professions. He ended his career having been with IBM for over 20 years, initially as a Partner in IBM Consulting in Ireland and finally as Country General Manager for IBM in Ireland.  He is currently working with a number of local software companies, both in board and advisory roles. His IBM career included roles in the UK as IBM Consulting Services leader but also in the Nordics, Italy, the Benelux countries and further afield. Prior to this he worked for 10 years in EY, initially as a consultant but finally as a Partner and VP.

I style myself  “A scientist by education, a soldier by profession and a Management Consultant by accident.”

A former Army officer with 15 years service, I hold a BSc in Experimental Physics, an MSc in Computer Science and an honorary PhD in Information Technology from NUIG. I am a member of the Institute of Directors in Ireland and the Royal Irish Yacht Club.