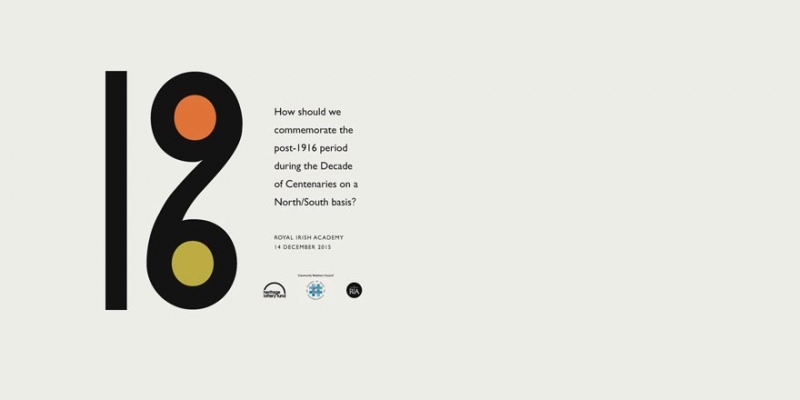 How should we collectively approach and commemorate the post-1916 anniversaries on a North/South basis?

The Royal Irish Academy hosted a roundtable on 14 December 2015 to ask how we should collectively approach and commemorate the post-1916 anniversaries on a North/South basis, in a manner that brings greater understanding of the historical events and the consequences that followed. The post-1916 period in Ireland includes many divisive and contentious events, involving war, sectarianism, population movements and the partition of the island.

The event was organised by the;

It brought together academics, civil society, policymakers, cultural institutions and civil servants currently involved in the Decade of Commemorations to discuss the challenges of commemoration and to suggest how to proceed on these contentious issues in the coming years.

The roundtable report from this event is now availble to download.