Public Lecture: 'Yeats and the Occult: The Unchristened Heart' 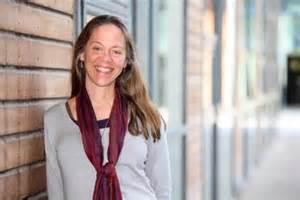 Prof. Harper is the Director of the Yeats Summer School, the President of the International Yeats Society, the author or editor of a number of works on Yeats and the Occult. Margaret Harper is the Glucksman Professor in Contemporary Writing in English at the University of Limerick.

In this year, the 150th anniversary of W.B. Yeats’ birth, Professor Margaret Mills Harper will give a lecture on the subject of Yeats and the Occult.

In the late poem ‘Vacillation’, W.B Yeats admits his conflicting desire for faith and faithlessness, for abstract or religious ‘reality’ and also for the concrete illusions of art, ‘things that seem’. Like other modernists, he thinks in binaries, and he finds energising not so much one end of a spectrum or another but persistency, painfully, the unresolved energy of the conflict between them. This lecture will look into Yeast’s particular versions of occult spirituality and his insistence upon the body, and how they join – in opposition as well as alliance- to produce some of the energies and patterns we hear and feel in his powerful poetry.

Professor Harper’s specialisms include Irish literature and poetry of the modern and contemporary periods. She is the author of the Aristocracy of Arts: Joyce ad Wolfe (1990) and Wisdom of Two: The spiritual and Literary Collaboration of George ad W. B. Yeats (2006). She has co-edited two of the four volumes of Yeats’s  ‘’Vision’’ Papers (1992 and 2001), the 1925 version of A Vision for the collected works of W. B. Yeats (2008), and the 1937 version of A Vision (May 2015).