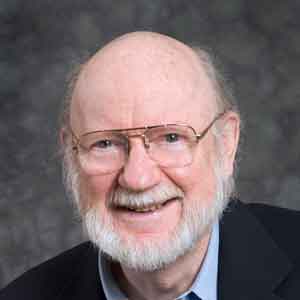 Dr William C. Campbell is a biologist and Nobel laureate. From Ramelton, County Donegal, Ireland, he played roles in the discovery and development of several new treatments against parasitic worms. In 2002, he was elected to the US National Academy of Sciences and in 2015, he shared one half of the Nobel Prize in Physiology or Medicine with Professor Satoshi Omura ‘for their discoveries concerning a novel therapy against infections caused by roundworm parasites’. Bill lives in North Andover with his wife, Mary. They have three children and five grandchildren.