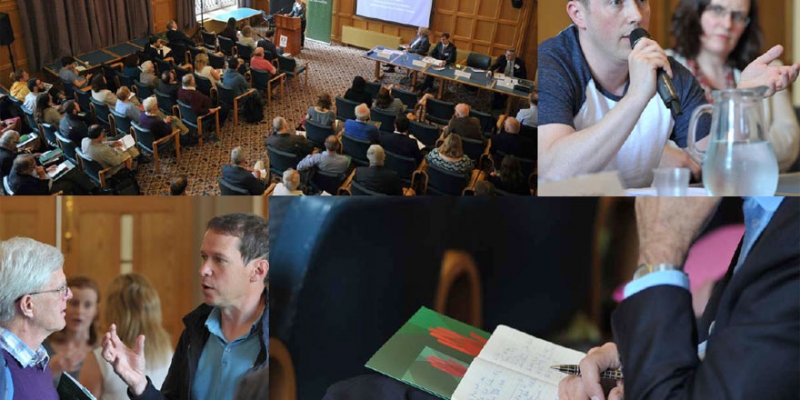 Irish nationalism was strong in Ulster, however the complexity and diversity of the history of northern nationalism has been reduced due to the more recent perspectives on 'the Troubles'. But this diversity needs to be re-examined and articulated, especially in the context of contemporary Northern Ireland and the North/South relationship.

By recognising that Ulster Nationalism is not owned or confined to any one particular identity or grouping, we can engage in a more complicated, but ultimately enriched understanding of Nationalism North and South, and we can reflect on what it means for contemporary Northern Ireland and the island as a whole.

To this end a conference was organised by the Irish Humanities Alliance (IHA), Queen’s University Belfast (QUB) and the Royal Irish Academy (RIA) with support from the Department of Foreign Affairs & Trade’s Reconciliation Fund and Ireland 2016.

The one-day conference explored the complexity and diversity of Ulster Nationalism at the turn of the twentieth century – the Irish Parliamentary Party tradition, Sinn Féin/Irish Republican Brotherhood and cultural traditions.

The conference used historical figures and their narratives to explore the role of Constitutional Nationalism (Joe Devlin); Cultural Nationalism (Alice Milligan) and the complexity of Nationalist experiences (Eoin MacNeill). The roles of the literary cultural experience, class and gender were also central to the debate. Similarly why Nationalism is traditionally associated with, and confined to, Catholicism was examined. While the primary focus of the conference was Northern Nationalism – a diverse tradition which included Protestants and Catholics – the conference concluded with a session that explores Ulster Unionists’ response to Ulster Nationalism.