Recent insights into how the Earth works: embracing uncertainty 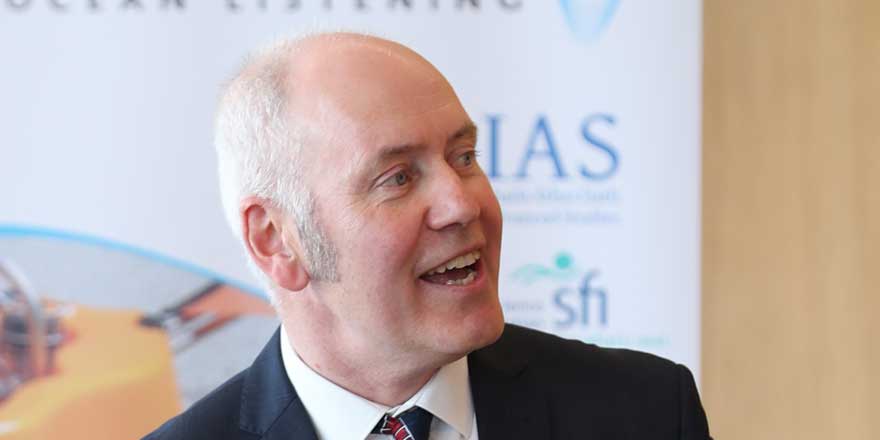 This Academy Discourse by Professor Chris Bean, School of Cosmic Physics, Dublin Institute of Advanced Studies is the seventh in the series sponsored by Mason Hayes & Curran.

It is less than two generations since a self-consistent theory of plate tectonics was developed providing an understanding of how the solid Earth works at a global scale. This was a seminal discovery, connecting a plethora of seemingly independent observations, providing a coherent framework through which we might understand the past and predict the future.
However, it soon became clear that our ability to predict was falling short of scientific expectations and sometimes those of the general public. We are still caught out by volcanic eruptions; we cannot predict earthquakes and we have seen some devastating tsunamis in recent times. This is due to the complex interactions of many variables – in fact we now know that the whole Earth behaves as a coupled system where the atmosphere, hydrosphere, oceans and the solid Earth must be considered as a ‘single instrument’ not a well-balanced ‘quartet’ with independent if sympathetic parts.

The complexity of these interactions renders future states of the Earth System uncertain, presenting daunting challenges for risk mitigation. Drawing mainly on examples from earthquakes and volcano subsurface sound waves, in this discourse we will see why interpretations of Earth sensing data can be open to large uncertainties, putting precise predictions of the timing and size of future events out of reach. This forces us to adopt a probabilistic approach where (quantifiable) uncertainty is an integral part of any conversation about the future.

Finally, we investigate what we might learn from the parallel fields of music and ‘big data’ when it comes to the practical problem of forecasting the locations and timings of potentially catastrophic natural events. This exploration will lead us to question if we should abandon the search for unique underlying physical models for describing the geophysical signals emanating from the Earth’s interior in cases where our core mission is risk mitigation. Perhaps by investing in ‘ubiquitous sensing’ we could adopt a phenomenological approach by listening more comprehensively to the Earth - enlisting Artificial Intelligence (AI) systems to quantify Earth hazards and their inherent uncertainties, as we seek to make the world a safer place.

Chris Bean holds a BA in Mathematics, MSc in Applied Geophysics and a PhD in Seismology. He is currently Senior Professor of Geophysics and Director of the School of Cosmic Physics, at the Dublin Institute for Advanced Studies (DIAS). Previous positions include Professor of Geophysics at the School of Geological Sciences, University College Dublin and postdoctoral/visiting positions at Karlsruhe University, IPGP Paris, Stanford University, Grenoble University and the University of Granada. His research activities cover topics from solid Earth-Ocean interactions to volcano seismology where he has developed new models for seismic sources and led field experiments, worldwide. A key theme of his research is on the role of complexity in Earth systems. Chris has served on numerous national and international bodies and expert groups, and has led major research initiatives/consortia both in Ireland and abroad. He has authored more than 100 international scientific publications. He has a particular interest in arts-science interactions and, in addition to collaborating with artists, regularly makes public interest scientific contributions in the media. Chris is an elected member of Academia Europaea.

Professor Chris Bean, on how his research into volcano seismology involves putting forward hypotheses and then trying to 'kill them'.

Professor Bean explains that he starts by asking the question 'how does this thing work and how can that be applied?'. This involves testing signals from volcanoes to determine causality in order to better understand the mechanisms at work to enable more accurate volcanic eruption forecasting.

Video used with the kind permission of UCD Research