RSVP o.ford@ria.ie for your free place 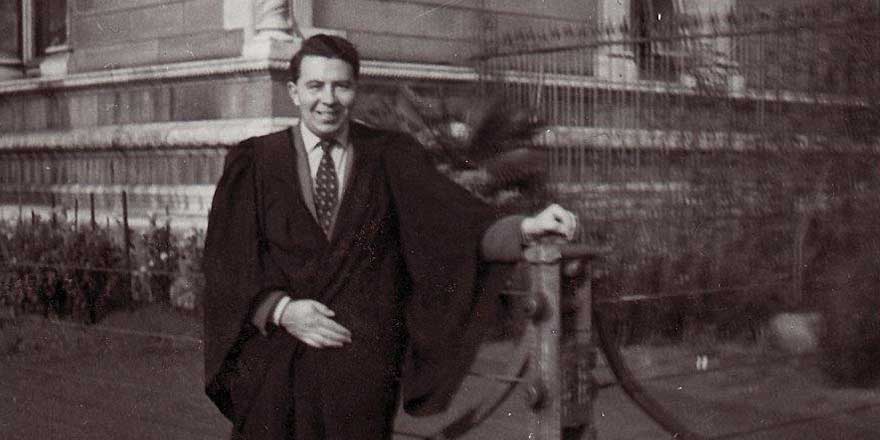 The R. J. Hunter Grants Scheme was established in 2014 using funding generously made available by his daughter, Ms Laura Hunter Houghton, through the Community Foundation for Northern Ireland. The R.J. Hunter Postdoctoral Fellowship recipients Dr Farrell and Dr Heffernan, will present on the outcomes of their completed research projects as funded through the scheme. The event will also include talks about R.J. (Bob) Hunter and his legacy and research on the Ulster plantation.

To attend this event please RSVP to o.ford@ria.ie

Dr Gerard Farrell is a Postdoctoral Fellow in the Department of History, Trinity College Dublin, Ireland, where he received his PhD in 2015. His research interests are concentrated on the Ulster plantation and particularly the effects of colonisation as experienced by the native population there.

This talk will present the core output of Dr Farrell’s fellowship, which will be a monograph entitled An Ethnohistory of Gaelic Ulster, 1500-1700. This will be a study of the changes affecting the native population of Ulster over this span of two centuries, which saw a transformation of the province from one ruled over by near-sovereign warlords, scarcely touched by the power of the state in Dublin, to being the most heavily Anglicised (or rather Scotticised) part of Ireland. This transformation was one that went far beyond a mere replacement of the ruling elite with a colonial one, but affected every aspect of life.

Dr David Heffernan is an R.J. Hunter Postdoctoral Fellow (Royal Irish Academy) at Queen’s University, Belfast, where he is studying the early history of the Ulster Plantation. His monograph Debating Tudor Policy in Ireland: ‘Reform’ Treatises and Political Discourse has recently been published by Manchester University Press. A further monograph, Walter Devereux, first earl of Essex, and the colonisation of north-east Ulster, c. 1573–6, is forthcoming with Four Courts Press.

The Goldsmiths Company of London and the Londonderry Plantation under James I, c. 1609-25

In 1609 as part of the ongoing effort to establish a plantation throughout much of Ulster the government of James I courted the City of London to undertake the plantation of a section of the north of the province comprising the county of Coleraine and the barony of Loughinsholin. The mercantile community of the city eventually agreed to undertake the plantation of what was newly created as the county of Londonderry. In 1613 the county lands were distributed amongst the twelve great livery companies of London. Thus, the worshipful Goldsmiths Company acquired an estate in the Ulster Plantation. This paper assesses how the Goldsmiths managed and developed their Londonderry estate during the reign of James I. It does so by looking at one of the most valuable sources for the study of the entire Londonderry Plantation at this time, namely a letter-book compiled by the clerk of the Goldsmiths Company, Henry Carter, in the late 1610s.