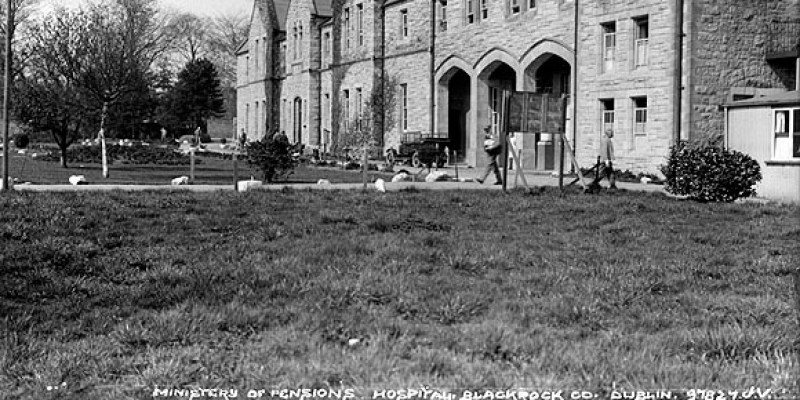 An online talk by Dr Eoin Kinsella, Assistant Editor with the RIA's Documents on Irish Foreign Policy project and author of Leopardstown Park Hospital, 1917–2017: A Home for Wounded Soldiers, published in 2017 to mark the hospital's centenary.

Given the momentous changes that occurred in Irish politics and society during the First World War, it is easy to overlook the extraordinary 'Home Front' effort across the island between 1914 and 1918. More than 100 auxiliary hospitals were established during the war, and their efforts were crucial to the survival and recovery of wounded men, who began pouring into Ireland in the weeks after the outbreak of hostilities. Between August 1914 and February 1919 at least 20,000 wounded soldiers and sailors travelled through Dublin port. Hear the fascinating story of Leopardstown and Blackrock hospitals and their specialised role in treating shell shocked soldiers returning from the front.