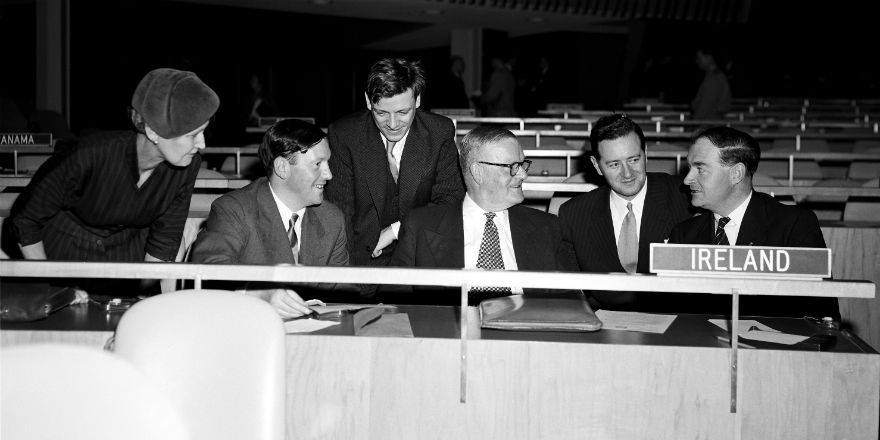 Ireland joined the United Nations on December 14th 1955. To celebrate 60 years of the country’s active membership, the Department of Foreign Affairs and Trade have developed a programme of events to raise awareness and promote debate around Ireland’s involvement in this important global organisation.

As part of these celebrations the Department of Foreign Affairs and Trade and the Academy’s Documents on Irish Foreign Policy project have organised an exhibition -‘UN60:  Éire ag na Náisiúin Aontaithe / Ireland at the United Nations, 1955-2015’. The Royal Irish Academy Library is proud to host this exhibition which will reflect upon Ireland’s membership and role in the UN.

On Wednesday 13 January at 13:00 Dr Michael Kennedy, Executive Editor, DIFP, will give a lecture, ''Follow an independent line": how United Nations membership transformed Irish foreign policy, in which he will explore Ireland's roll at the UN General Assembly in the late 1950s, early participation in peacekeeping, and the ways in which membership of the UN has shaped Ireland's foreign policy.  More details