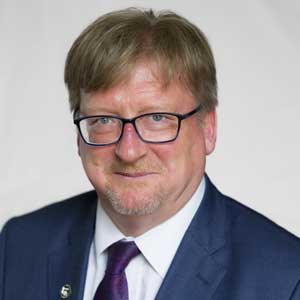 Professor Brian Norton is the Principal, City Campus of TU Dublin and is an internationally renowned academic and author, principally in the field of solar energy. Originally qualified as a physicist at University of Nottingham, Professor Norton gained doctorates in engineering from Cranfield University and the University of Nottingham.  He is a Fellow of the Energy Institute, Engineers Ireland, the UK Higher Education Academy and an Honorary Fellow of the chartered Institute of building Services Engineers (CIBSE).  He is an Honorary Professor at University of Ulster, Harbin Institute of Technology and Begin Wazi in China, and University of Houston, USA.  He is also elected to the Council of Dublin Chamber of Commerce.  Among his honours are the CIBSE Napier Shaw Medal and the Energy Institute Roscoe. Professor Norton is a Member of the Academy’s Policy Oversight Group