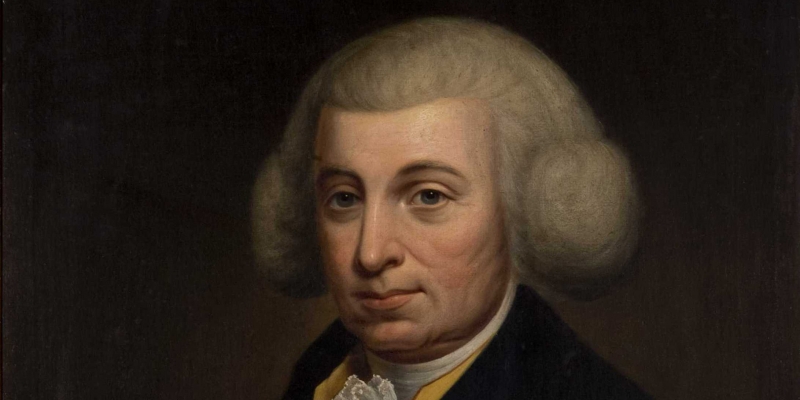 Charles O’Conor, MRIA (1710–91), was one of the leading scholars and Irish manuscript collectors of eighteenth-century Ireland. He corresponded with many prominent figures in Ireland’s political and cultural life, and wrote political tracts and historical works. The first edition of O’Conor’s best-known work, Dissertations on the ancient history of Ireland, was published in 1753. A second edition was issued under a variant title in 1766. He was active in promoting the cause of Roman Catholics in Ireland, and was among the founders of the Catholic Association in 1756. In 1785 he became one of the founder members of the Royal Irish Academy.

His interest in manuscript collecting from his base in County Roscommon ensured the survival of many medieval and early modern Irish manuscripts that might otherwise have been lost. Among the manuscripts he once owned were the Annals of Connacht (C iii 1), one volume of the Annals of the Four Masters (C iii 3) and the Book of Knockninny (C vi 1). He also had access, at times, to the Book of Ballymote ( 23 P 12) and copied material from it, and even annotated it.

A collection of Charles O’Conor’s correspondence is held in the library of the Royal Irish Academy. These papers had earlier been transferred to the library of the Duke of Buckingham, at Stowe, by his grandson, Revd Charles O’Conor. They were returned to Ireland in 1883 as part of the Stowe–Ashburnham manuscript collection, along with many older Irish manuscripts that had formerly been owned by O’Conor.

The collection of correspondence in the Academy principally consists of letters received by or written by Charles O’Conor, MRIA, between 1730 and 1790. Archbishop John Carpenter, Dr John Curry, George Faulkner, Thomas Leland, Chevalier Thomas O’Gorman, and Colonel Charles Vallancey are among those represented. Revd Thomas Contarine, a neighbour and protestant clergyman, was a regular correspondent in the early years. The early part of the collection (B i 1) also contains many letters to O’Conor from Michael Reilly, many of which are unsigned or signed with the pseudonym ‘Civicus’. Michael Reilly was a cousin who acted as Charles O’Conor’s publishing agent in Dublin. Some letters are between other correspondents.

In addition to the holdings at the Royal Irish Academy, there are other significant collections of correspondence and papers relating to Charles O’Conor of Belanagare in other repositories. The largest collection is in private hands, at Clonalis House, Co. Roscommon (including letters addressed to Dr John Curry). In addition, there is a small collection of letters from Charles O’Conor addressed to Joseph Cooper Walker in the Dublin & Irish Studies Collection, Dublin Public Libraries, Pearse Street, Dublin 2; there are 3 letters and some diaries in the Henry Huntington Library (STO 887–92 and 1346), San Marino, California; one letter in Sheffield City Library (WWM, Bk 1/43), and a few items in British Library (St Pancras, London) (Egerton 201 and Add. 21,121).

Editions or summaries of letters written by Charles O’Conor and preserved in those repositories have been published, along with O’Conor’s letters in the Academy collections, in Ward, Wrynn & Ward (1988), noted below.

While most of the surviving letters written by Charles O’Conor have been edited for publication, the letters received by him from various other correspondents, and other items contained within the RIA collection of O’Conor papers, remain for the most part unpublished.

For published editions and catalogues of letters written by Charles O’Conor, MRIA, see: