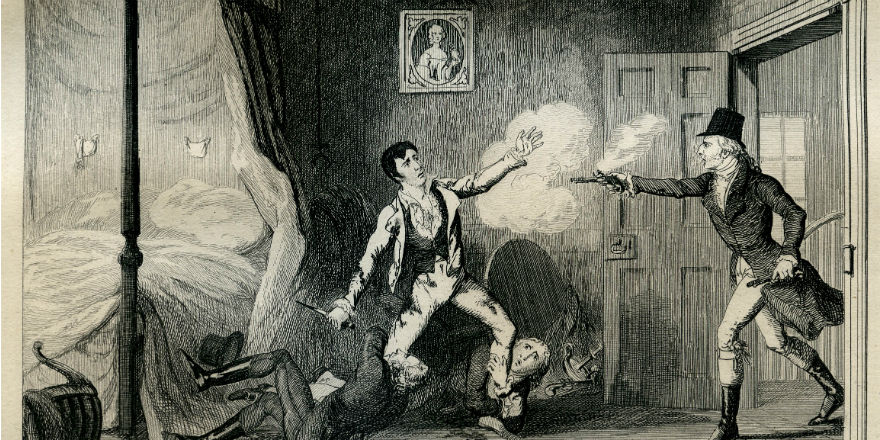 From Dublin Castle to the Academy Library - Sophie Evans explores the curious journey of the Secret Service Money Book,  part of the Library's exhibition 'Dublin Documents'

At first sight it looks inconsequential; a smallish notebook with a fading list of dates, names and numbers. Was it almost discarded as waste paper some 200 years ago? I’m sure at the time some may have preferred it had been. Was it stolen to protect a person or persons unknown from its sensitive contents? In today’s parlance, was it leaked?

Known as the Secret Service Money Book, this small quarto-sized manuscript consists of payments made by the government ‘for the purposes of detecting, preventing, or defeating treasonable or other dangerous conspiracies against the state’.[i] It covers payments made between 21 August 1797 and 31 March 1804 and includes monies paid to informers during the Rebellions of 1798 and 1803.

In many instances only the initial letters or ‘codenames’ of the recipients are used. The barrister, United Irishman and serial informer, Leonard MacNally, is listed as ‘L.M.’, ‘M.N.’, ‘T.W.’ or J.W.’. There are a number of entries noting payments made to ‘MacNally’ through his go-between, the attorney and Castle agent, John Pollock. 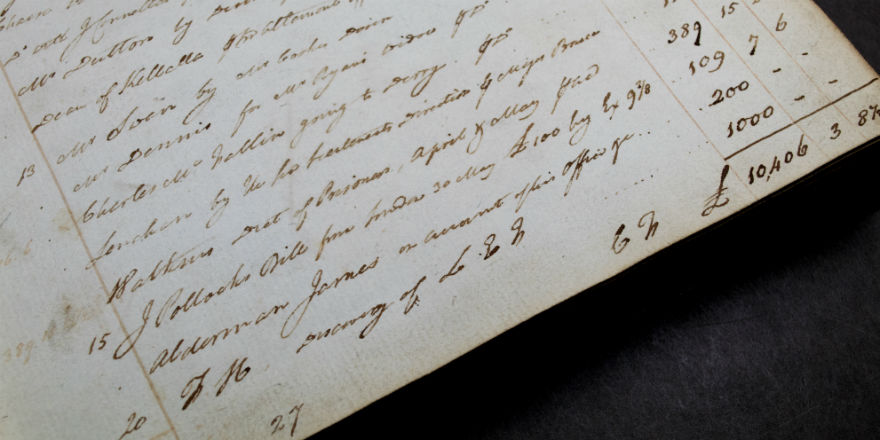 Information leading to the capture of Lord Edward Fitzgerald and Robert Emmet had a high value. An entry for 20 June 1798 reads:

This was a payment made to Francis Higgins (also known as the ‘Sham Squire’), proprietor of the Freeman’s Journal. 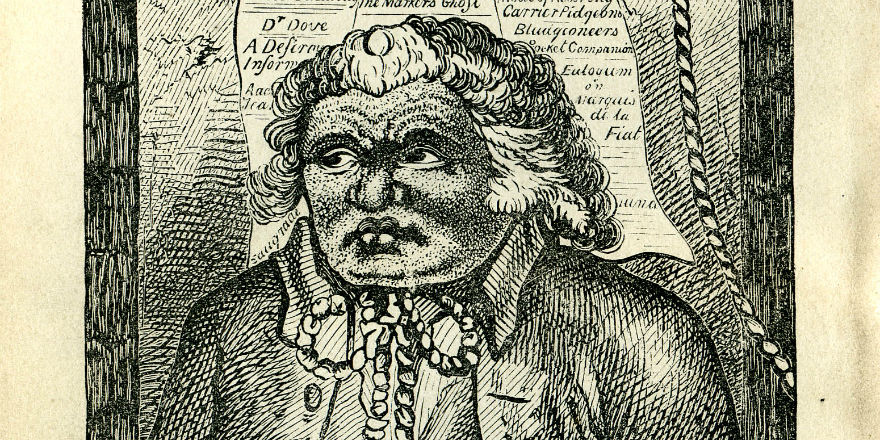 A mysterious  entry for 5 November 1803 may reveal secrets of another famous betrayal:

According to R. R. Madden in his book The life and times of Robert Emmet (Dublin, 1847) ‘there can be little doubt [this] was the reward for the apprehension of Robert Emmet.’ It is not certain if Madden was correct . 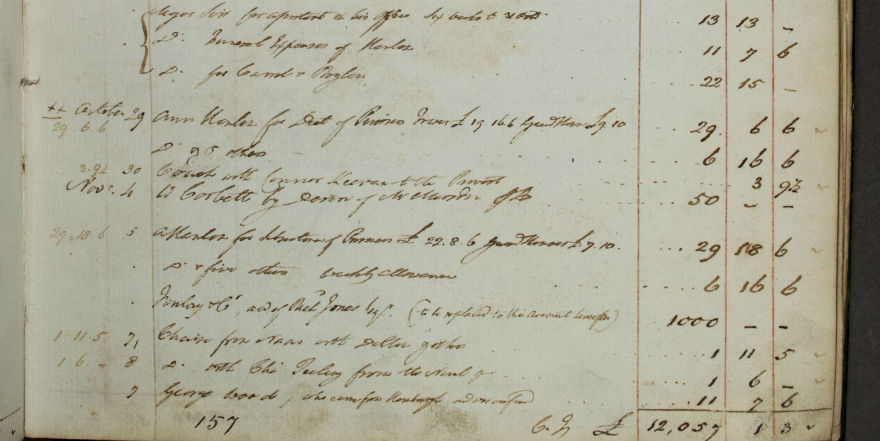 The Cost of Law and Order

The notebook not only lists payments made to informers, it also includes money spent on accommodating and feeding prisoners, travel expenses and other sundries. Major Sirr, town-major of Dublin and the man who shot and arrested Lord Edward, appears  in the book many times. An entry for 26 July 1798 lists a payment of £9 6s to Major Sirr ‘for pistols for Mr Reynolds’. A generous side of Major Sirr is revealed in an entry for 29 December 1798, when we see a payment of £6 16s. 6d. for Christmas boxes for six men.

The Secret Service Money Book (SSMB) was originally kept in the Record Tower at Dublin Castle and bought by Charles Haliday. It is now held by the Royal Irish Academy as part of the Haliday Collection.[ii] How it left the Castle in the first place is a bit of a mystery. 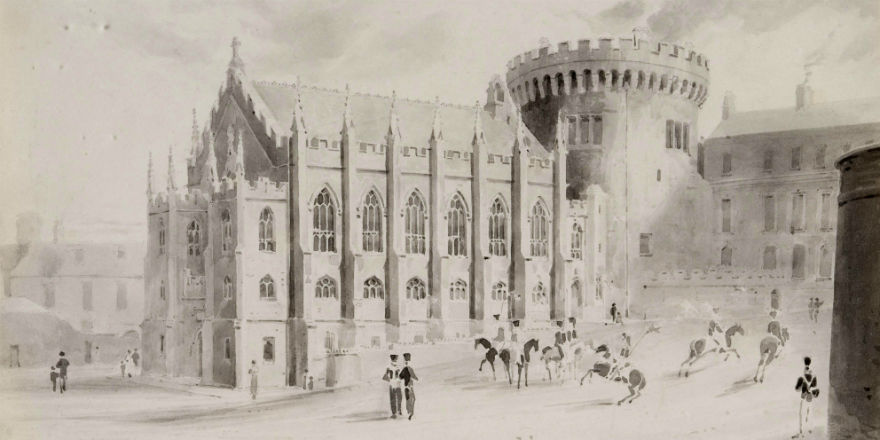 The first person to publish material from SSMB was the historian R. R. Madden in his work The United Irishmen: their lives and times (1842-6). According to the historian John P. Prendergast, Madden said the book was stolen by a carpenter from the Record Tower at Dublin Castle, along with other items and sold to a grocer on Capel Street.[iii] Prendergast explained that Madden borrowed the SSMB from the grocer. Concerned that his reference book was stolen property and contained damaging information, Madden was at first reluctant to publish and asked Daniel O’Connell for his legal opinion. O’Connell asked ‘Did you steal the book?’, Madden replied ‘No’, ‘then publish’, O’Connell advised! Madden did not refer to the dubious provenance of the book in his own work.

According to W. J. Fitzpatrick in his book ‘The Sham Squire’: and The Informer of 1798 (Dublin, 1866), Madden obtained access to the SSMB in 1841 ‘under strange circumstances’.[iv] From Fitzpatrick’s book we also find the following alternative version of the discovery of the SSMB, related by an unknown person, referred to only as Dr __:

‘When Lord Mulgrave, ... was Lord Lieutenant of Ireland (1835-9), some official in Dublin Castle cleared out and sold a quantity of books and papers, which were purchased in one lot by John Feagan, a dealer in second-hand books, who had as his place of buisness, a cellar at the corner of Henry Street. ... They and others of the collection had each a red leather label, on which, in large capitals, was impressed ‘Library, Dublin Castle’. Among them was the MS. account of the expenditure of the Secret Service Money, and of which I was the first to point out the possible value when it was about to be thrown, with various useless and imperfect books, into waste paper.’[v]

Fitzpatrick also explained how the SSMB finally ended up in the safe hands of Charles Haliday. “The Secret Service Money Book” explained Mr. Haliday, “was sold with other curious documents as waste paper.”[vi] Fitzpatrick also included a letter by a Mr Sylvester Redmond, added as an appendix, which questioned Haliday’s story and corroborated the story that the book was stolen. Mr Redmond explained:

‘The document in question was not 'cleared out and sold' by any official in the Castle—it was stolen with some other valuable documents, but it came into the hands of poor John Fegan in an honest and legitimate manner. He kept a stall at the corner of Off Lane and Henry Street, … The doctor, I think, has made a mistake by stating that it was publicly exhibited for sale. No man in the world knew the value of such a document better than poor Fegan. He showed it to Mr Edward Byrne (since dead,) who kept a tavern at No. 6 Capel Street. … and Mr Byrne sent for me and showed it to me. Although young, I was immediately alive to the value of the treasure that lay before me, and I at once resolved to possess it. I appointed to meet Mr Byrne and Fegan in the evening, and did so; but imagine my surprise when I found the treasure had flown. Mr Byrne had taken it back to the Castle! Between the time I had seen him in the forenoon and my visit in the evening, a person from the Castle called on Mr Byrne, and threatened to have him transported if he did not give up the document! Mr B. was a very timid man, and at once proceeded to the Castle and delivered it up. It seems that, in consequence of the gossip raised by poor Fegan about it, it was missed from the Castle, and hot search made after it. The above is the result. This was in the latter end of 1838, or beginning of '39. I have often regretted the loss, for had I got it, no pressure would have extracted it from me.’[vii]

According to Fitzpatrick, Haliday was adamant it wasn’t stolen but sold as waste-paper. We are told Haliday purchased the SSMB at the auction house of Joseph Scully, Ormond Quay.[viii] Was Haliday correct or did he want to play down the true nature of events?

Historian and former Librarian of the Royal Irish Academy Library, Sir John T. Gilbert (1829-98), made a transcript of the SSMB and published it in Documents relating to Ireland, 1795-1804 (Dublin, 1893). By this point Haliday was dead and the manuscript was in the RIA Library, where it remains to this day. Gilbert made no mention of the provenance of the manuscript other than it was owned by a Dublin bookseller about the year 1840 and subsequently acquired by Haliday. The Weekly Irish Times for Saturday 14 January, 1893 published a review of Gilbert’s book and noted ‘the history of the manuscript is curious’.

As we have seen there is much confusion around the journey the Secret Service Money Book made from Dublin Castle to the shelves of the Royal Irish Academy Library, less than a mile away. One thing we know for sure is that the mysterious little book doesn’t readily volunteer all of its secrets.

The Secret Service Money Book was part of the Library's exhibition  'Dublin Documents: highlights from Charles Haliday's manuscript collection' and is now available as an online exhibition.

[i] Tenth section of ‘An Act for the support of the honour and dignity of his majesty’s crown in Ireland, and for granting to his majesty a civil list establishment under certain provisions and regulations.’ - 33 George III, cap.34. This act was passed by the parliament in Ireland in 1793.

[iii] J. P. Prendergast, 'Some notice of the life of Charles Haliday', in The Scandinavian Kingdom of Dublin (Dublin, 1881).

Main image : 'The Arrest of Lord Edward Fitzgerald' by George Cruickshank - from History of the irish Rebellion in 1798 / by W. H. Maxwell (London, 1891)