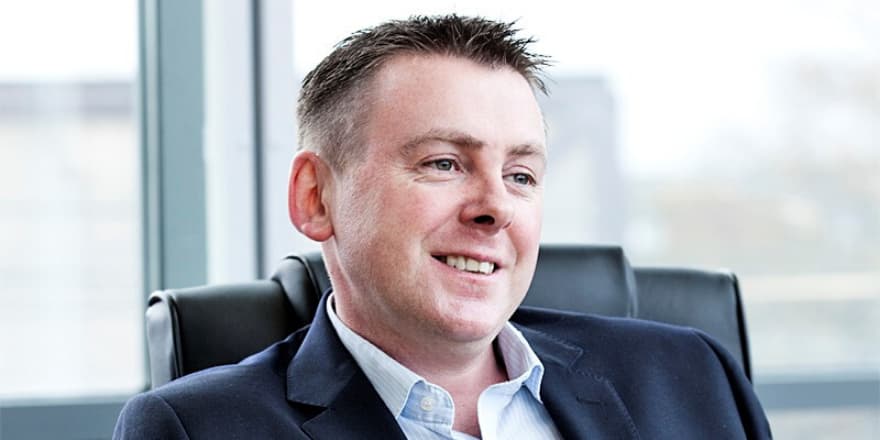 My research at the Tissue Engineering Research Group (TERG) focuses on the development and application of natural polymer, biomaterial-based therapeutics for tissue engineering. I graduated in mechanical engineering from TCD in 1997 and then completed a PhD between the Royal College of Surgeons in Ireland (RCSI) and TCD in the area of bone mechanobiology. Following time as a Fulbright Scholar in the field of biomaterials and tissue engineering at Massachusetts Institute of Technology and Harvard Medical School, I returned to RCSI in 2003, where I established the TERG after winning a Science Foundation Ireland President of Ireland Young Researcher Award.

The tissue engineering work at TERG has target applications in a number of areas, including bone, cartilage, skin, cardiovascular, respiratory, and neural tissues. A major focus of ongoing research is how to make these natural polymer and biomaterial-based scaffolds function for use as delivery systems for drugs and biomolecules such as nucleic acids (pDNA, siRNA and microRNA), in order to enhance their therapeutic potential.

I am also a principal investigator in the Advanced Materials and Bioengineering Research (AMBER) Centre, which is funded by Science Foundation Ireland and by industry. AMBER research in my group includes the development of antimicrobial and electroconductive materials, and we also investigate the use of scaffolds as advanced 3D pathophysiology in vitro systems for drug development, and to further understand disease states in cancer, angiogenesis, immunology and infection. Significant research is also focused on 3D-printing and the development of novel bio-inks for tissue repair and as drug therapy delivery mechanisms. Receipt of a €3-million European Research Council (ERC) Advanced Grant in 2018 allows us to focus on regenerating large articular cartilage defects using a combination of next-generation gene-activated biomaterials with 3D-printing technologies. My team is also interested in the area of mechanobiology: studying the response of living cells to mechanical stimuli, and using biophysical stimuli (applied by bioreactors or controlled by modalities such as scaffold stiffness) to regulate and manipulate stem-cell differentiation. In this area of our research, we have been developing a 3D-tissue engineering-based model of craniosynostosis (the premature fusion of cranial sutures). We are undertaking this work in partnership with collaborators in Temple Street Children’s Hospital, with the aim of identifying potential therapeutic targets for premature ossification.

I have overseen the transfer of a number of regenerative technologies from the lab bench to the bedside. The first product from our group to be commercialised and implemented for clinical use—a collagen-hydroxyapatite bone graft substitute—received regulatory approval in November 2015 and has been used clinically for maxillofacial repair in many patients. Another technology developed from our research, a multi-layered scaffold for the repair of small cartilage defects, is also being assessed in a human clinical trial. An additional AMBER technology is being prepared for clinical use in partnership with Integra LifeSciences, to facilitate the repair of large nerve defect. Another exciting project involving research on the nervous system, funded by the IRFU-Charitable Trust and AMBER, is currently investigating the development of a regenerative, therapeutic-delivery platform for spinal cord repair.

As director of research and innovation in RCSI, I serve as a member of the RCSI senior management team with responsibility for developing, devising and implementing the strategic plan for RCSI research and innovation in Ireland and overseas. This role also involves leading the RCSI Office of Research and Innovation, which supports researchers through the planning and coordination of funding proposals, administration of grant awards, drafting and approval of research contracts, and oversight of research institute infrastructures, industry engagements, and research commercialisation. As deputy director of the AMBER Centre, I serve as co-lead on the Materials for Health platform.

I was founding co-editor of the Journal of the Mechanical Behavior of Biomedical Materials;  am an editorial board member for eight journals; have published over 220 journal articles; and supervised over 40 doctoral students to completion. I have served as grant panellist for many agencies, including the European Research Council, Arthritis UK and the Fulbright Programme. I have organised numerous conferences and events and served as co-chair of the World Congress of Biomechanics in 2018, which brought over 4,000 delegates to Dublin. In addition to my Fulbright Scholarship, I have been the recipient of three prestigious European Research Council Awards and of a New Investigator Recognition Award from the Orthopaedic Research Society, and I have been Engineers Ireland Chartered Engineer of the Year. I am a fellow of Engineers Ireland, the European Alliance for Medical & Biological Engineering Science, and the Anatomical Society (from which I received the New Fellow of the Year award). In 2018 I received the Silver Medal from the Royal Academy of Medicine in Ireland (Section of Bioengineering) and was elected to the Royal Irish Academy.