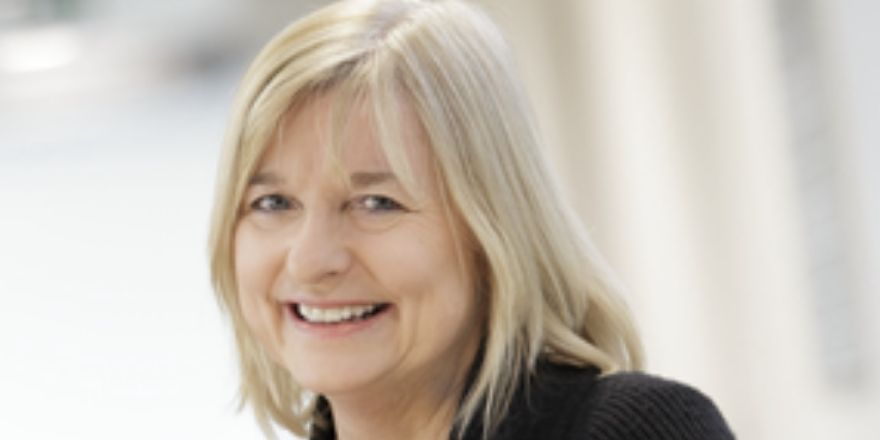 Professor McNulty’s research programme aims to provide greater understanding of nutrition-related health issues throughout the lifecycle, and to contribute to food and health policy in Ireland, the UK and internationally.

I am a graduate of Trinity College Dublin (BSc and PhD in Nutrition) and the Dublin Institute of Technology (Diploma in Dietetics), and a registered dietitian (RD) by professional training. After a short period in the food industry, I came to Ulster University as a lecturer in 1992 and was promoted to professor in 2001.

The most important and rewarding aspect of my research is that the outcomes can impact positively on people’s health throughout their lives: from pregnancy and early life through to middle and older age. I also enjoy bringing my research into the classroom, to deliver teaching that is based on the latest scientific evidence in the field of human nutrition and to ensure that my students can benefit.

My research is aimed at providing a better understanding how food, and the nutrients it contains, can influence health, and how improved nutrition can prevent disease. Poor diet can impact adversely on people’s health and contribute to an increased risk of disease throughout the lifecycle. A particular challenge of our time is that the global population is ageing; by 2025, 1.2 billion people globally will be aged over 60 years. Diet is particularly important in reducing diseases of ageing (such as heart disease, stroke, cancer, osteoporosis, dementia) and preventing the development of related risk factors, including, high blood pressure, poor immune health, weak bones and cognitive decline. Genetics also plays a crucial role in disease, thus an understanding of how genes and nutrients interact is key in nutrition research. Certain nutrients (for example, protein and specific vitamins) that have important functional roles for older people are, however, derived from food groups for which sustainability scores are low, and which therefore may not be favourable to the environment. Drawing on biological and behavioural sciences, my research comprehensively investigates the dietary needs of older people, and aims to develop sustainable food solutions that can be recommended both to maintain better health and to ensure no detrimental effects on the environment. This requires multidisciplinary research, using state-of-the-art approaches from a range of health and environmental sciences as well as from computing and engineering (including data analytics, machine learning and brain imaging techniques).

Within the discipline of nutritional science, I have particular expertise in vitamin research. A key priority concerns folic acid (a B vitamin) and its role in early life. Nearly 30 years ago it was proved beyond doubt that folic acid supplementation of mothers in early pregnancy protects against neural tube defects (NTDs) in their babies. These are major birth defects occurring as a result of failure of the neural tube to close properly in the first few weeks of pregnancy, leading to death of the foetus or newborn or to lifelong disabilities involving the spinal cord, the most common of which is spina bifida. The conclusive scientific evidence that folic acid could prevent NTDs has led to clear recommendations for women of reproductive age, which are in place worldwide: to prevent NTDs, women are recommended to take 400 micrograms per day of folic acid, from before conceiving until the end of the first trimester of pregnancy. Implementing this recommendation in practice (so that women and their babies can benefit) is, however, proving to be problematic.

There is now clear evidence showing that there has been no change in the incidence of NTDs over the 25-year period that the current strategy recommending women to take folic acid supplements before and in early pregnancy has been in place. The policy, implemented in Ireland and other European countries, is largely ineffective, primarily because most women start taking folic acid too late in pregnancy, after the time of neural tube closure between the third to fourth week post conception. A policy of folic acid fortification of food on a mandatory basis (in place in 85 countries worldwide) would be highly effective in preventing NTDs because it reaches all women, including those who have not planned their pregnancy. International evidence shows that wherever such a policy has been introduced, it has proved to be effective in reducing rates of NTD in that country.

Neural Tube Defects are sometimes referred to as the ‘Curse of the Celts’, with rates of NTDs in Ireland among the highest in the world. A new policy to introduce mandatory folic acid fortification in Ireland is urgently needed. Of particular concern is evidence from a comprehensive report by the Food Safety Authority of Ireland showing that the incidence of NTDs has been increasing in Ireland in recent years. Although voluntary folic acid fortification of foods such as breakfast cereals (whereby folic acid is added at the discretion of the manufacturer) is permitted in Ireland, and has been beneficial in terms of reducing NTDs to some extent, the benefit is limited only to consumers who choose to eat the fortified food products. Notably, in September 2021, the UK government announced that flour will be fortified with folic acid on a mandatory basis. The Irish government now needs to implement a similar policy, so that the benefit of folic acid fortification can be achieved for mothers and their babies throughout the island.