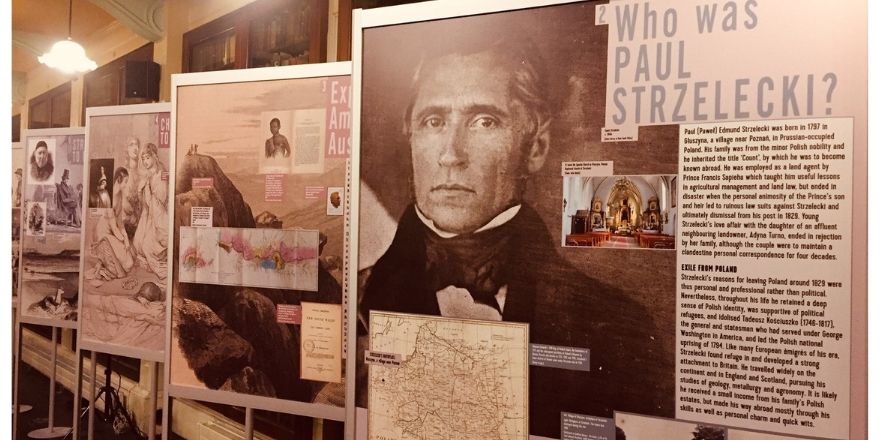 Who was Paul Strzelecki?

This month's Library Blog post takes a look at our current exhibition ‘A Forgotten Polish Hero of the Great Irish Famine: Paul Strzelecki’s Struggle to Save Thousands'

Over the past few months we have welcomed visitors from all over the world to our exhibition on Paul Strzelecki ‘A Forgotten Polish Hero of the Great Irish Famine.’ For many visitors, particularly those from Australia and Poland, the name Strzelecki is a familiar one but for others the name is new.

Paul Strzelecki was an adventurer, explorer, scientist and humanitarian. He was born in Głuszyna, a village near Poznań, in 1797 into a Polish aristocratic family from which he inherited the title ‘Count’. In the 1820s he left Poland for England and so began his life of travel and adventure. He travelled to the United States, Canada, the West Indies, South America and Mexico. In 1838 he sailed across the Pacific to Polynesia, New Zealand and Australia. Dozens of memorials to Strzelecki have been erected in Australia to commemorate his exploratory and scientific discoveries. There is even a desert and outback track in South Australia named after him. 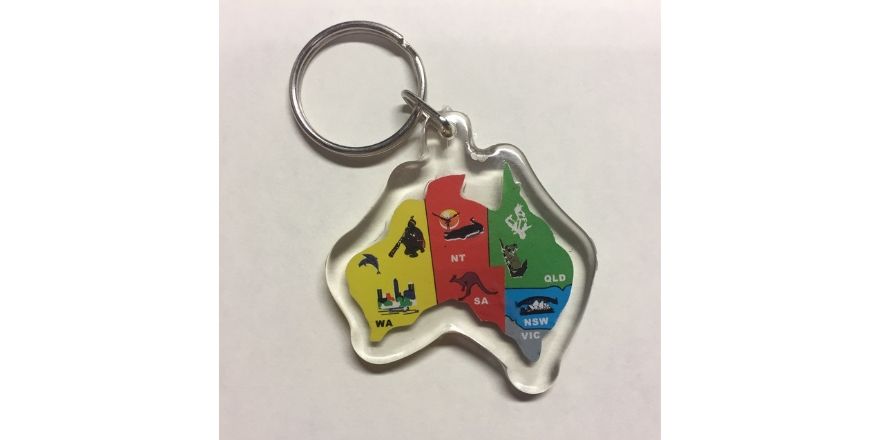 Keyring given to us by an Australian visitor, Strzelecki Desert is above the Kangaroo's tail!

This panel exhibition focusses on Strzelecki’s time in Ireland where he played a leading role in relief work during the Great Famine. On his travels around the world Strzelecki had encountered much poverty and human suffering but was nonetheless appalled by the sights he witnessed in Ireland. In 1847 he volunteered with the British Relief Association; a role he took on with great commitment, heroism and empathy. He was responsible for the distribution of food and clothing to the most famine-stricken areas in the West of Ireland. He developed an effective way of ensuring children were being fed by providing them with food directly through schools. At the height of the famine in 1848, it is estimated that 200,000 lives were saved from starvation due to the efforts of Strzelecki. In 2018 the Polish Ambassador to Ireland unveiled a plaque commemorating Strzelecki in Clifden, Co. Galway. 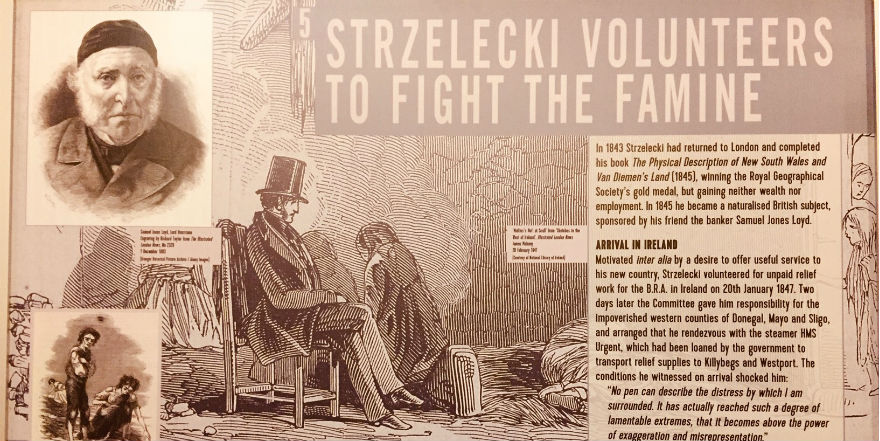 This fascinating exhibition was curated by Professor Peter Gray (Queen’s University Belfast) and Professor Emily Mark-FitzGerald (University College Dublin) and includes several rarely seen images of Famine relief and charity, from collections of major museums and libraries in Ireland, Britain, Australia and the United States. We are delighted to host this exhibition on behalf of the Polish Embassy in Ireland. Video.

Just a few comments from our Visitor’s Book:

The exhibition is on display at Academy House until the 30 August except 1-14 August (annual closing). Please check website for updates on opening times – www.ria.ie/library

Be sure to catch it while you can!