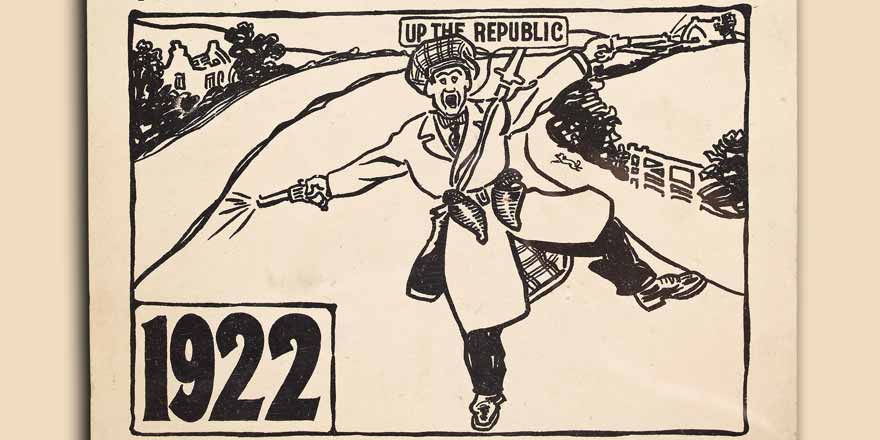 Read Aidan Beatty's essay on 'The Politics of Masculinity' on Century Ireland.

In collaboration with Century Ireland, we are making the 50 essays freely available online. Today's essay is by Aidan Beatty and it covers Countess Markievicz's speech in support of female suffrage in the new Ireland, which was delivered on 2 March 1922:

"On 2 March 1922 Constance Markievicz, by then a strongly anti-Treaty member of the Dáil, addressed her fellow TDs and, in a short but oddly bipartisan speech, urged them to support female suffrage in the new Ireland. Responding to an earlier statement by the pro-Treaty TD Joseph McGrath, who had condemned female anti-treatyites as ‘women in men’s clothing’, Markievicz offered an ample defence of women’s voting rights. Women, she said, had fully fought for national liberation and so had proven their right to be full citizens, or as she stated at the end of her brief remarks: ‘these young women and young girls…took a man’s part’ in the Anglo-Irish War.¹ This debate about voting rights slipped into a deeper debate about gender norms and the porous divide between ‘male’ and ‘female’ identities. This was, in fact, a recurring debate both in 1922 and later." Continue reading (you will be redirected to the website of Century Ireland)