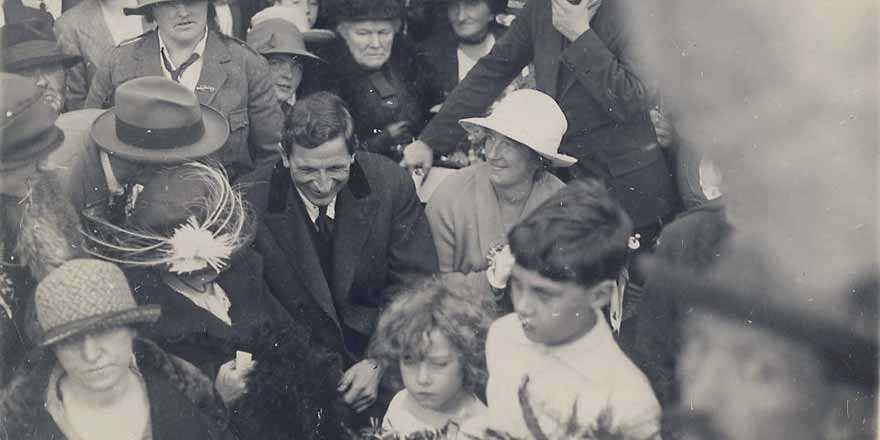 In collaboration with Century Ireland, we are making the 50 essays freely available online. Today's essay is by David McCullagh and it covers de Valera's speech in Thurles on St Patrick’s Day 1922:

"If the Volunteers of the future tried to complete the work the Volunteers of the last four years had been attempting, they would have to complete it, not over the bodies of foreign soldiers, but over the dead bodies of their own countrymen. They would have to wade through Irish blood, through the blood of the soldiers of the Irish Government, and through, perhaps, the blood of some of the members of the Government in order to get Irish freedom. Was it a warning, or was it a threat? Éamon de Valera always insisted his speech in Thurles on St Patrick’s Day 1922 merely highlighted the dangers of the situation; his opponents accused him of inciting violence and raising the tension, which led to civil war." Continue reading (you will be redirected to the website of Century Ireland)