The thirteenth volume in the Documents on Irish Foreign Policy (DIFP) series runs from April 1965 to July 1969. It covers the Fianna Fáil governments of Seán Lemass (April 1965 to November 1966) and Jack Lynch (November 1966 to July 1969) in which Frank Aiken was Minister for External Affairs. 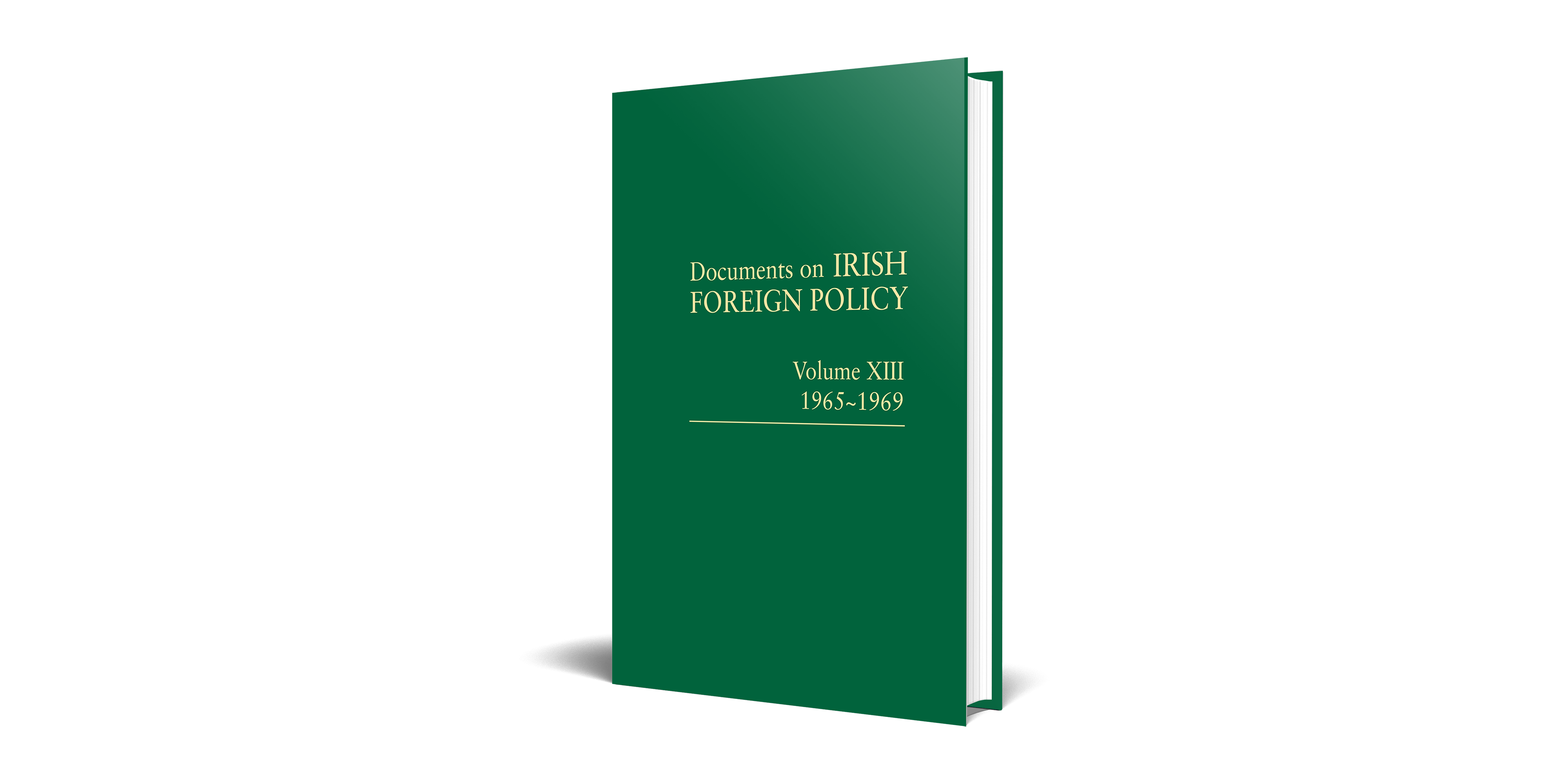 The four years and three months covered by DIFP XIII saw significant changes in the international context in which Ireland conducted its foreign policy. In 1965 the hope of the Department of External Affairs was that Ireland would enter the European Economic Community (EEC) before 1970. EEC entry would take place alongside that of Britain, an Anglo-Irish Free Trade Area (AIFTA) having come into operation in 1966, cementing trade between Ireland and its principal trading partner. Overall, the United Nations would remain the benchmark of global Irish foreign policy. Peacekeeping, advocating nuclear non-proliferation and ensuring the proper financing of the United Nations as well as promoting decolonisation and the universality of the United Nations system within the bipolar world of the Cold War remained central to 1960s Irish foreign policy.

These assumptions were thrown out of balance by the continuing refusal of France to facilitate the expansion of the EEC and EEC membership remained out of reach for Ireland. Dublin’s fragile relations with Belfast were destabilised with the emergence of new social and political forces in Northern Ireland and the recurrence of sectarian violence. The Department of External Affairs proved initially unable to respond comprehensively to this new environment in Northern Ireland, which was the precursor to the outbreak of the Troubles in 1969. Improved economic and political relations with London were affected by local and international economic difficulties and also as a consequence of events in Northern Ireland. At the United Nations, superpower politics constrained Irish attempts to follow up the success of the 1968 Nuclear Non- Proliferation Treaty with a major policy initiative on the financing of international peacekeeping missions.

- January 2023 issue of History Ireland carries an article on the Nigerian-Biafran conflict based on some of the documents in the volume.

- A short series for the National Archives ‘Files in Focus’ series, exploring documents about the Irish message brought to the Moon by Apollo 11, the vexed issue of landing rights for US airlines in Ireland, and the resignation of French president Charles de Gaulle.

- Article in The Irish Times by John Gibney looked at the impact of the emergence of the Troubles  on Irish-America, as reflected in many of the documents in the volume.

See the latest news on this volume, including a Spotify soundtrack to get you in the mood!

In case you missed John Gibney's presentation on DIFP at Research Day 2022, watch it here:

Images reproduced by permission of the Director of the National Archives. 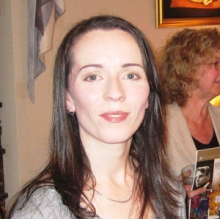 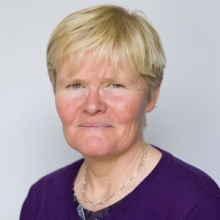 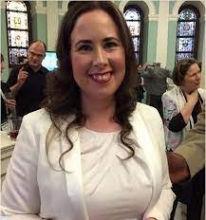 Jennifer Redmond, PhD is Assistant Professor in Twentieth Century Irish History in the Department of History at Maynooth University. She has served as Vice Chair of the Royal Irish Academic Historical Studies Committee and as President of the Women’s History Association of Ireland and is on the executive committee of the Irish Historical Society. She sits on the Editorial Boards for Women's History Review and the Documents in Irish Foreign Policy series. Her publications include the edited collection (with Elaine Farrell) Irish Women in the First World War Era: Irish Women’s Lives 1914-18 (Routledge: 2020) and Moving Histories: Irish Women’s Migration to Britain, from Independence to Republic (Liverpool University Press, 2018). She has a particular interest in the Second World War and the Irish in Britain and teaches and researches in the area of modern Ireland with a focus on women and gender histories. 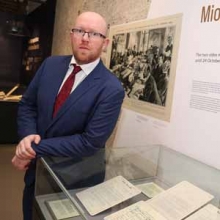 John Gibney is Assistant Editor with the Royal Irish Academy’s Documents on Irish Foreign Policy (DIFP) series. His books include The shadow of a year: the 1641 rebellion in Irish history and memory (University of Wisconsin Press, 2013) and A short history of Ireland, 1500–2000 (Yale University Press, 2017). He is the co-author, with Michael Kennedy and Kate O’Malley, of Ireland: a voice among the nations (Royal Irish Academy, 2019), and, with Kate O’Malley, of The Handover: Dublin Castle and the British withdrawal from Ireland, 1922 (Royal Irish Academy, 2022).