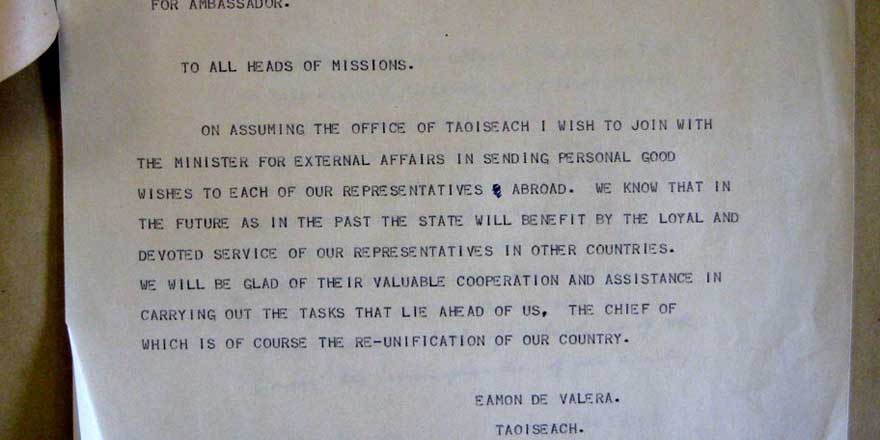 On 8 January the six editors of the DIFP series met for a day-long meeting in the conference room at the National Archives to select the contents of DIFP X. From a short-list of 819, a working selection of 582 emerged.

The volume will cover 1951 to 1957. While the early years are dominated by an apparent lack of direction in foreign policy, the later years of the volume show how United Nations membership in 1955 led to a complete step-change in the direction and tempo of Ireland’s foreign relations.