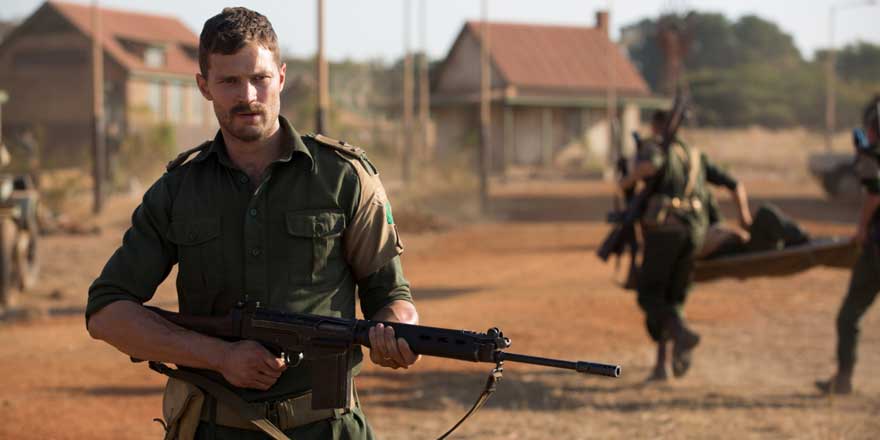 The war thriller is a psychological drama set in Congo in 1961. It tells of how 150 Irish peacekeepers, left as pawns by the UN to face a force of some 3,000 mercenaries, held their position against the odds and without casualties for five days despite being under constant attack.

As the only Irish historian to have worked on UN archives for its 1960 to 1964 ONUC mission in Congo, Michael was in an ideal position to assist the film’s makers and got a mention in the closing credits for his help. Michael’s original research was published in 2014 as Ireland, the United Nations and the Congo and ‘The Siege of Jadotville’ will be released on Netflix in the coming months. The film is based on Declan Power’s book Siege at Jadotville (Maverick House, 2005).

Photo caption: Jamie Dornan as Commandant Pat Quinlan of the Irish Defence Forces who led the men of A-Coy, 35th Battalion, through the Siege of Jadotville.