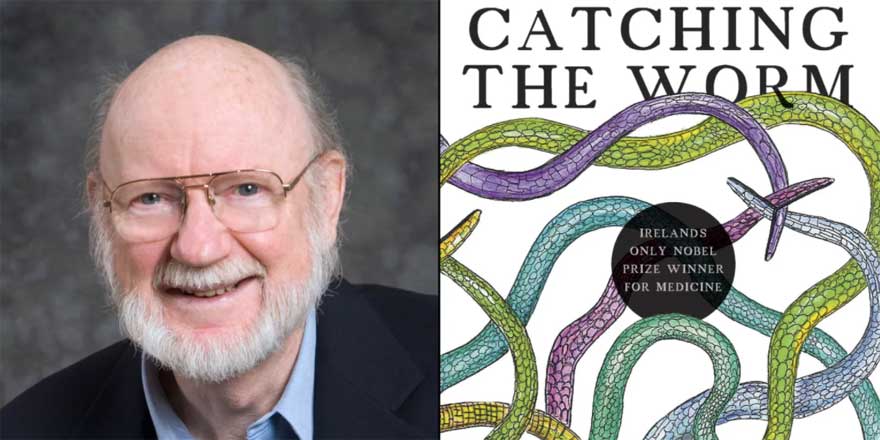 Join us for a captivating conversation with RIA author and Nobel laureate William C. Campbell, as part of Dublin Book Festival.

Biologist and Nobel laureate William C. Campbell, Hon. MRIA, will talk about about his new memoir Catching the Worm at Dublin Book Festival. In his book, published by the Academy in partnership with the RDS, he recounts his early life in Donegal, his time studying zoology in Trinity College Dublin, and his move to the United States to work as a parasitologist. Throughout his career, he played roles in the discovery and development of several new treatments against parasitic worms; one of those drugs, ivermectin, has spared millions of people from the devastating effects of river blindness. In 2002, he was elected to the US National Academy of Sciences, and in 2015, at the age of eighty-five, he shared one half of the Nobel Prize in Physiology or Medicine with Professor Satoshi Omura ‘for their discoveries concerning a novel therapy against infections caused by roundworm parasites’. Through his memoir, Campbell provides a snapshot of growing up in Ireland before and during World War II, as well as insights into science, the arts, teaching, family and what really matters in life.

This event is produced in partnership with the RDS and Dublin Book Festival. This is a pre-recorded online event. The event is free but booking is required. Register here.

You can purchase the book here.