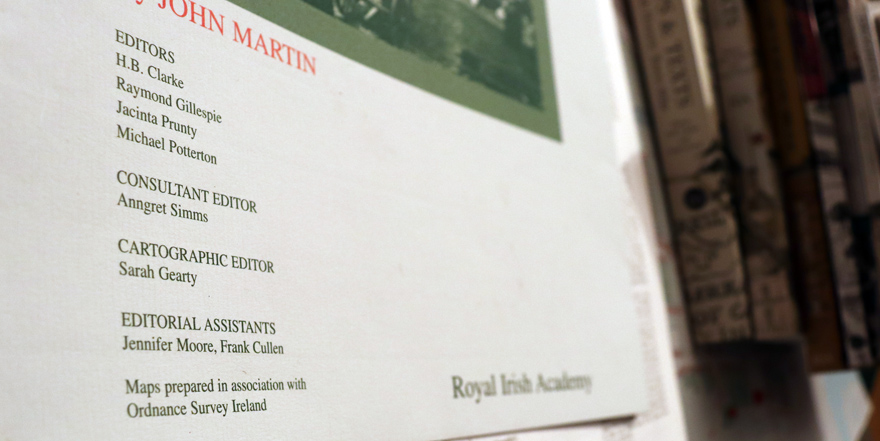 We are inviting expressions of interest to volunteer as editors of the IHTA series from 2021 onwards.

The Irish Historic Towns Atlas (IHTA) is a research project of the Royal Irish Academy (RIA). It was established in 1981 with the aim of tracing the topographical development of Irish towns and cities (north and south) through its core series of published fascicles. In the IHTA, documentary and cartographic material on Irish urban history is drawn together in a consistent and thematic way, enabling comparative study as well as providing a scholarly resource on town heritage at local level. The IHTA is part of a wider European scheme, initiated by the International Commission for the History of Towns — c. 560 towns have been published over nineteen countries following agreed guidelines.

To date, thirty IHTA fascicles have been produced in addition to three bound volumes and a range of ancillary publications including a series dedicated to Dublin suburbs. The IHTA has a significant online presence and continues to develop the production of digital town atlases in GIS, alongside its printed outputs. The project holds an annual conference and has an active programme of outreach activities across the country and internationally.

The work of the IHTA is supported by Ordnance Survey Ireland and local authorities and the Heritage Council are leading collaborators. A wide network of researchers, academics, authors and institutions, nationally and internationally, have continued involvement in the work on the IHTA in various ways. The IHTA is staffed by a cartographic and managing editor and two editorial assistants (one PT).

Central to the IHTA is the board of editors, who are directly involved in editing publications, guiding the work of the project and providing expertise in their relevant fields.

The RIA wishes to expand strategically the group of editors of the IHTA by appointing up to two additional editors to the series.

This is an unpaid honorary position, which will require attending project meetings online or in Dublin up to ten times each year as well as considerable detailed reading and editing work.

Where travel is involved, travel and subsistence will be paid in accordance with the RIA’s Travel, Subsistence and Other Claims policy.

The RIA is committed to ensuring that the procedure for appointments to committees is fair and equitable and actively works towards increasing overall diversity in all areas of its work. The RIA’s statement on diversity and inclusion may be read here.

The key requirements and competencies for the post are:

Appointment and term(s) of appointment

The appointment will commence in June 2021 and will be for five years, with a possible reappointment for a further five.

Interested parties should send an A4-page letter stating their expression of interest accompanied by a short CV (maximum two pages) in MS Word or PDF format to ihta@ria.ie.

The final date for receipt of applications is Thursday 25 February 2021 at 17:00. Material received after this date and time will not be considered. 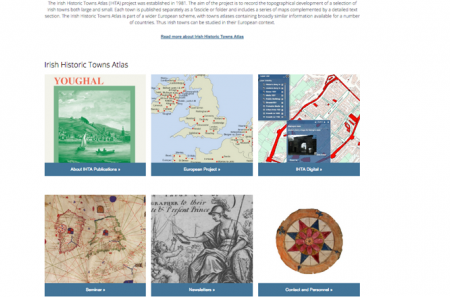