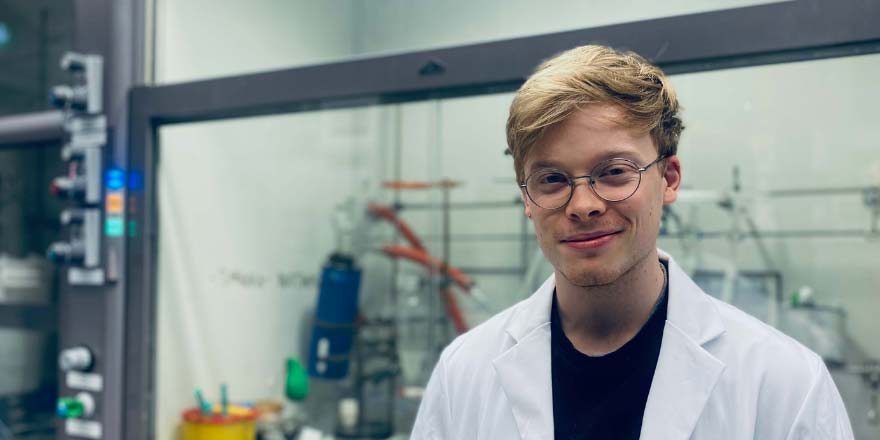 Dr Conor Crawford is the winner of the Kathleen Lonsdale RIA Chemistry Prize 2021 sponsored by Henkel. The prestigious prize is awarded for the most outstanding Irish PhD thesis in the chemical sciences and is announced today to mark the birthday of the famous Irish x-ray crystallographer, Kathleen Lonsdale.

The winner’s PhD research at UCD School of Chemistry focused on developing vaccines against a major human pathogen, Cryptococcus neoformans. While most people who are exposed to this fungus never get sick from it, those who have weakened immune systems, such as transplant patients or people living with advanced HIV are at increased risk. It can cause Cryptococcal meningitis after it spreads from the lungs to the brain and is responsible for the deaths of as many as 600,000 people per year.

Current therapies are often unsuccessful in totally clearing the infection and are witnessing rising resistance. Conor’s project attempted to better understand C. neoformans biology, with a particular focus on its ‘glycan coat’ which is a critical factor in the virulence of the pathogen.

Reacting to the news of his selection, Dr Crawford said:

‘I am just delighted. I had been aware of the prize for a few years and I felt it was a really good thing to aim for. I had seen some of the previous winner’s and was really impressed with their research, and with where their careers have taken them. So for me to be considered in the same bracket as them is just amazing. It is really humbling to get this recognition from a prestigious institution like the Royal Irish Academy.’

‘As always, the calibre of applicants is excellent and really highlights the impact Irish research in Chemistry is making internationally.’