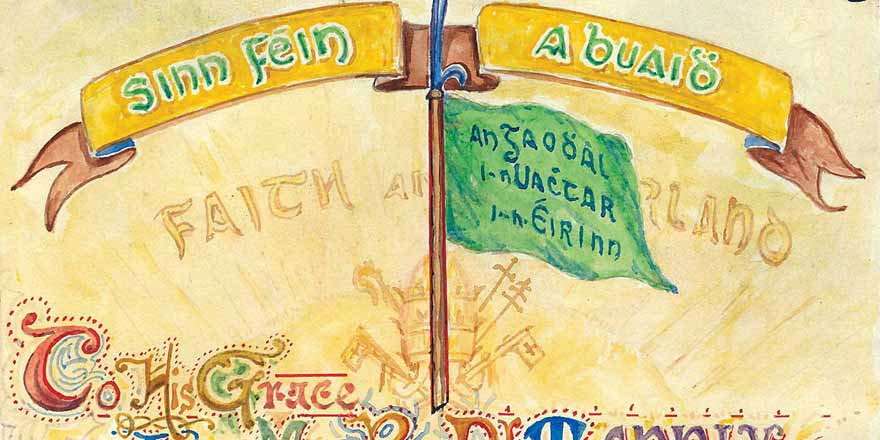 In collaboration with Century Ireland, we are making the 50 essays freely available online. Today's essay is by Darragh Gannon and it covers the Irish race congress that took place on 21 January 1922:

On 21 January 1922 John Whelan arrived from Java for the Irish Race Congress in Paris. It was held between 21 and 28 January, and was an initiative of Irish nationalists in South Africa that sought to offset the power of the British empire during the War of Independence and Anglo-Irish Treaty negotiations by mobilising the political and cultural influence of the global Irish diaspora. Over one hundred delegates from twenty-two countries would attend. Journeying over four weeks to be in attendance at the event, the single representative of the Dutch East Indies cut an isolated figure among the delegations representing Australia, Argentina and Great Britain. ‘You have a representative here from Java. It is absurd’, the London-based Art O’Brien commented: ‘the Irish colony of Java, I understand, consists of six or seven people, and they are not organised at all’.¹ Whelan’s presence at once illustrates the global scope, and great divergences, that characterised Irish nationalism during the revolution. The worldwide movement of Irish revolutionaries, transnational organisers and internationalist activists collectively signified the importance of political activism beyond Ireland’s borders. To what extent did the eventful year of 1922 mark a rupture in the global order of Irish nationalism? To assess the legacy of the civil war, we must locate revolutionary Ireland in its international historical context. Continue reading (you will be redirected to the website of Century Ireland)