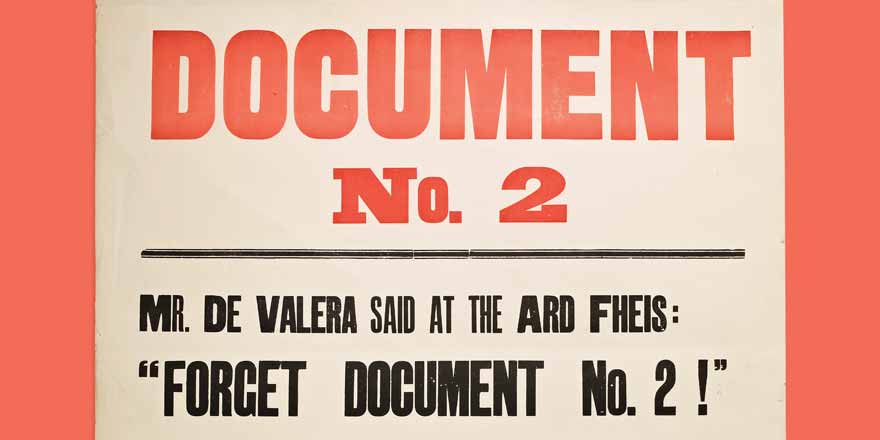 Read Ciara Meehan's essay on 'The Propaganda War Over the Anglo-Irish Treaty' on Century Ireland.

In collaboration with Century Ireland, we are making the 50 essays freely available online. Today's essay is by Ciara Meehan and it covers the publication of the 'Free State' newspaper, which first appeared on 25 February 1922:

"Before the physical fighting of the civil war began, a propaganda war was fought by those divided over the Anglo-Irish Treaty. Both sides turned to newspaper publishing to make their case. An Saorstát: the Free State, referred to simply as Free State by contemporaries, first appeared on 25 February 1922. It served as a voice for those who endorsed the agreement before an official pro-Treaty party, which would become Cumann na nGaedheal, was formed. Appearing weekly, thirty-nine issues of the eight-page newspaper were published. It was filled with lengthy articles, interspersed with satire. Although official circulation figures are not available, other evidence suggests that the paper did not have a great reach. Nonetheless, Free State offers the historian further insight into how the pro-treatyites sought to present their case in the weeks and months after the Dáil voted to accept the agreement." Continue reading (you will be redirected to the website of Century Ireland)