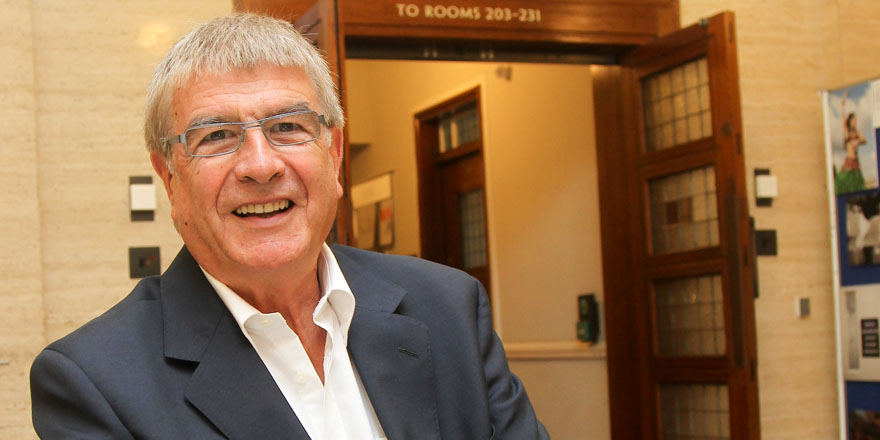 Public lecture by Professor Roger J.P. Kain, School of Advanced Study, University of London, as part of the IHTA Seminar 2017.

Professor Kain is a leading cartographic historian and author of thirteen books on maps including one most recently, British town maps: a history (London, 2015), which is part of the larger British Academy Research Project, Catalogue of British Town Maps, directed by him.

Among other posts, Professor Kain has served as Secretary and Chair of the Institute of British Geographers' Historical Geography Research Group, a founder-member of the Research Information Network Advisory Board and was a member of the Arts and Humanities Research Council from 2008 to 2014. For the British Academy, he was chair of the Human Geography and Social Anthropology Section, was founder chair of the Research Grants Committee, and served as Treasurer between 2002 and 2010. He is currently the Academy's Vice-President for Research and Higher Education Policy.

Professor Keith Lilley is the chair of the Historic Towns Trust/British Historic Towns Atlas and a board member of the International Committee for the History of Towns. He is a professor in the School of Natural and Built Environment in Queens University Belfast and is an expert in interpreting historic landscapes, maps, and built environments, in particular using geospatial technologies. He has published widely on urban medieval life including Mapping medieval geographies (Cambridge, 2013) and has led online projects such as Mapping Medieval Chester and the Digital Atlas of Derry~Londonderry.

Professor Howard Clarke MRIA will chair the lecture. He is formerly of University College Dublin and a current board member of the Irish Historic Towns Atlas and a leading historian in medieval history.