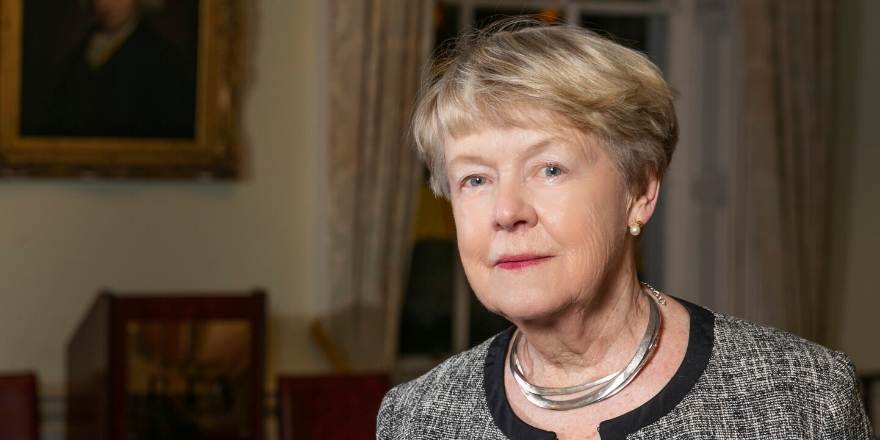 Today the Royal Irish Academy, Ireland’s leading body of experts in the sciences and humanities, elected Dr Mary Canning as its 57th President. She is the second female President in the 235 years of the Academy.  In line with government advice the Academy held its Stated General Meeting virtually and offered online voting to its membership for the first time in its history.

Dr Mary Canning is a leading authority on higher education. She joined the World Bank in Washington in 1992 to become lead education specialist for Europe and Central Asia and worked very closely with the Russian Minister of Education in reforming all aspects of the former soviet system of education.

In 1998 she relocated to the World Bank’s office in Hungary and to Warsaw in 2002 to work on education reform in post-transition economies, leading educational policy dialogue, analysis and investment operations in EU accession states.

In 2006 she returned to Ireland but continued in an advisory role to the World Bank and the OECD. From 2007-2017 she was a member of the Board of the Higher Education Authority (HEA) and from 2009 was a member of the National Strategic Review of Higher Education in Ireland which generated the ‘Hunt Report’. She was elected to the Academy in 2010 and has served as Senior Vice President to the Academy since 2018 and is Chair of Governing Authority of Maynooth University.

She is the granddaughter of Thomas Kelly who was elected Lord Mayor of Dublin in 1920 and was the First President of the Old Dublin Society.

Mary Canning commented “The Royal Irish Academy’s all-island work in research and policy formation has never been more relevant than at this time.  I am honoured to have been elected by members to represent the Academy as we promote academic excellence, support young researchers and provide an independent forum for enquiry and discussion among academia, government and industry.”