History of the Academy

The contents of this piece are based on an entry in the Encyclopaedia of Ireland*, reproduced with kind permission from the publisher and author.

The Royal Irish Academy (RIA) is Ireland’s premier learned body. It was founded in 1785, with the Earl of Charlemont as first president. Its royal charter, granted the following year, declared its aims to be the promotion and investigation of the sciences, polite literature, and antiquities, as well as the encouragement of discussion and debate between scholars of diverse backgrounds and interests. The early academy was concerned to provide an opportunity for the development of antiquarian studies and was the first Irish society to successfully balance the requirements of the sciences and the humanities. From the outset, the academy’s council was composed of eleven members representing the scientific disciplines and ten representing the humanities, led by a president. The presidency rotates between a representative of the sciences and of the humanities on a three-yearly basis.At the annual general meeting, members elect the president, officers and members of the council who oversee the academy’s business. An all-Ireland body, the academy organises conferences, arranges discourses and public lectures, and conducts research, with the assistance of a staffing complement of c. 80. In addition to the approximately 400 members there are also more than 60 distinguished honorary members, who in the past have included Edmund Burke, Charles Darwin, Enrico Fermi, Max Planck, Maria Edgeworth, Theodor Mommsen, Albert Einstein and Max Born. 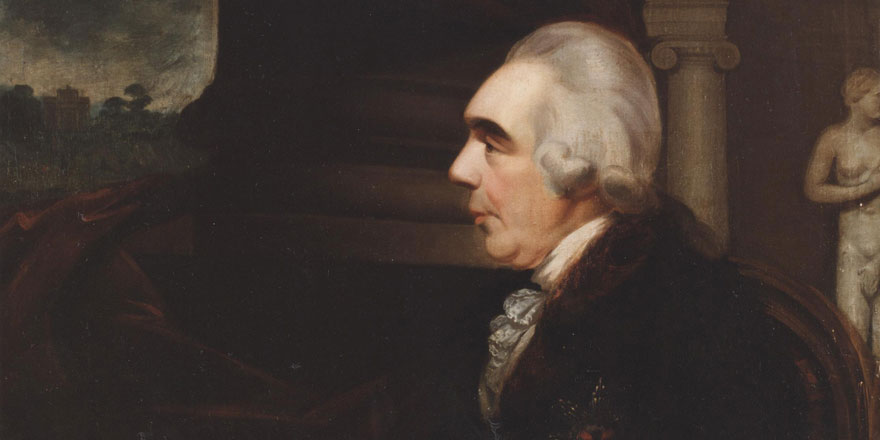 Earl of Charlemont first president of the Royal Irish Academy

The academy was housed first at 114 Grafton Street, Dublin (adjoining the Royal Dublin Society at the time), but its ever-increasing collection of antiquities was one reason why it moved in 1851 to the present more spacious premises at 19 Dawson Street, a fine mid-eighteenth-century house built by Lord Northland. The Reading Room and Meeting Room were added at the rear in 1852-4. In anticipation of the British Association coming to Dublin in 1857, William Wilde organised a new display for the museum objects and prepared a ground-breaking catalogue of antiquities (1857-62). The whole collection was transferred in 1890 to the new Dublin Science and Art Museum (now the National Museum of Ireland), with the academy retaining custody under certain conditions. This material included some of the country’s best-known treasures, such as the Cross of Cong, the Tara Brooch, and the Ardagh Chalice; some of these had been donated or bequeathed to the academy, others bought through subscriptions from the individual members. 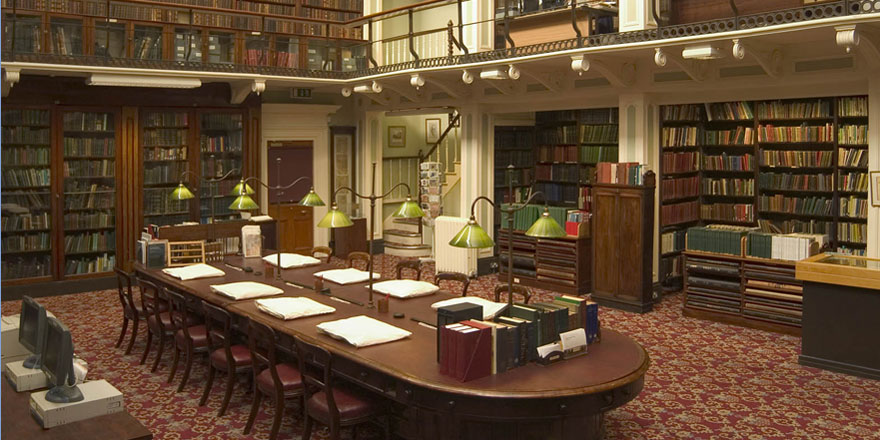 The Reading Room added to Academy House in 1852-4

Wilde was one of the many distinguished personalities who contributed to the academy’s reputation in the humanities during the nineteenth century; others were George Petrie, the ‘founder of Irish archaeology’, Edward Hincks, who made significant progress in the decipherment of Egyptian hieroglyphics and cuneiform script and John O’Donovan, pre-eminent Irish scholar and editor of the first published version of the Annals of the Four Masters. Mathematics and physics have always been areas of particular strength, especially during the nineteenth century, when Sir William Rowan Hamilton made significant advances in optics and dynamics and, through his discovery of quaternions, in algebraic theory. Hamilton’s collected works have been published under the aegis of the academy.The editors of the first volume were academicians, J.L. Synge, whose work on relativity was particularly influential,and A.W. Conway, who also specialised in relativity. Ireland’s only significant Nobel laureate in the scientific sphere, Ernest Walton, was one of the academy’s most distinguished physicists, while the quantum theoretician Erwin Schrödinger (1887- 1961) was an honorary member, temporarily domiciled in Dublin, who introduced Ireland to modern physics through his academy lectures of 1939-40.

From the academy’s inception, its library has been a major research resource for those studying aspects of Irish history, archaeology, language, culture and natural history. Unique holdings include the invaluable collection of seventeenth to nineteenth- century pamphlets bequeathed by the Dublin merchant Charles Haliday and the library of Thomas Moore, donated by his widow. The library also contains a very valuable and wide-ranging collection of internationally important periodicals, as well as a wealth of titles relating to Ireland. Even more important are its manuscripts, including the famous Cathach of Colmcille. Indeed the library holds the largest collection of Irish manuscripts in a single repository, prime among those being the Book of the Dun Cow (c. 1100), the later medieval Leabhar Breac, the Book of Ballymote, and the Annals of the Four Masters. The academy’s encouragement in preserving such manuscripts, and the employment of scribes to copy others later, led to a flowering in Irish studies that built on the foundations laid in its early years by the election of Irish scholars, notably Charles O’Conor of Belnagare. Subsequent generations rediscovered and interpreted the contents of these manuscripts through ground-breaking work undertaken in association with the academy by such scholars as Eugene O’Curry and John O’Donovan, while the academy was also the focus of twentieth-century international interest in old Irish language and literature through scholars of the calibre of Rudolf Thurneysen, Kuno Meyer, and Carl Marstrander. The history of the library and its collections is described extensively in Treasures of the Royal Irish Academy library (2009). 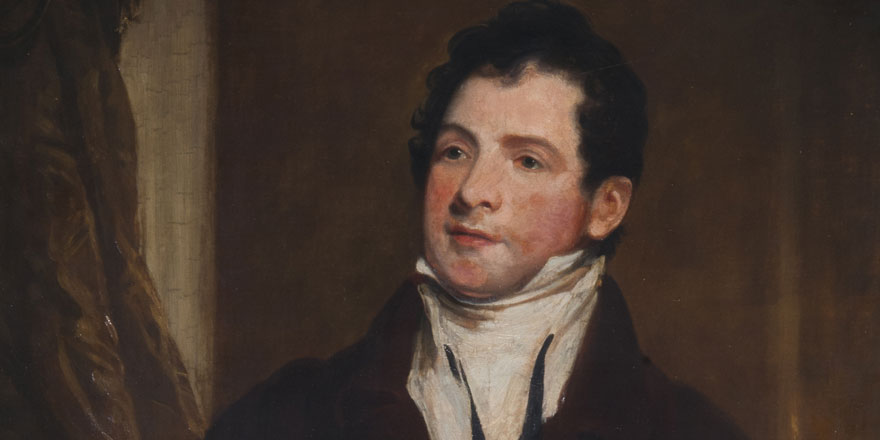 The academy’s continuing interest in Irish studies is further reflected in its publications over the years, including a series of manuscript facsimiles, the Todd Lecture series, the journal Ériu (which the academy took over from the School of Irish Learning in 1926), the Atlas of Ireland (1979), and the Dictionary of the Irish language (1913-76). The academy’s outstanding journals began with the Transactions (1787-1907), augmented in 1836 by the Proceedings, which are now published in three separate sections: Section A: mathematics; Biology and Environment and Section C, covering the humanities. Other periodicals include the Irish Journal of Earth Sciences and Irish Studies in International Affairs. All of the academy’s journals are now electronically available. The academy has also produced many monographs on a variety of subjects, among them the New Survey of Clare Island, updating the very thorough base-line study of 1909-11, supervised by academician, Robert Lloyd Praeger. Other recent publications include a monograph series assessing the contribution of major political figures to modern Ireland (Judging Dev, Judging Lemass) as well as titles on Irish archaeology and history (e.g. Our war, Historical Knowth...). 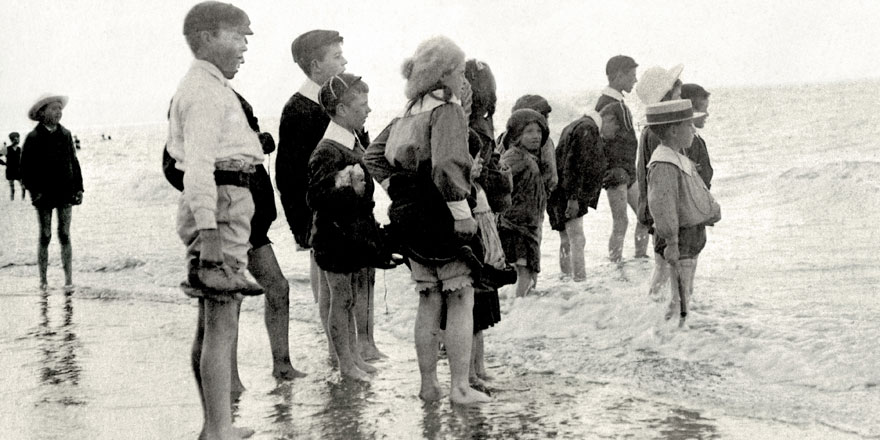 Photo from cover of Dublin 1911 by Catríona Crowe

A number of important projects are undertaken in Academy House, including Foclóir na Nua-Ghaeilge, the Dictionary of Irish Biography (published by Cambridge University Press in 9 volumes in 2009), Documents on Irish Foreign Policy, a joint project with the Department of Foreign Affairs, Origins of the Irish Constitution (in conjunction with the Office of the Attorney General) and the Dictionary of Medieval Latin from Celtic Sources, as well as the Irish Historic Towns Atlas (of which twenty of the projected forty-four fascicles have so far been published). More recently, two important projects have been initiated - Art and Architecture in Ireland (scheduled for publication in 2014) and the Digital Humanities Observatory (DHO), a consortium- based project, funded by the HEA/PRTLI (Programme for Research in Third Level Institutions).

Ten committees in a range of disciplines bring together scholars from all over Ireland to discuss matters of common interest at the highest level. The academy has links with sister institutions in other countries and is the Irish representative on many international learned associations, as well as being a participant in a number of international research projects. It also contributes policy advice to the Government and has published significant reports and discussion documents - Developing key performance indicators for the humanities (2009) and Making the best of third-level science (2009). The academy is financed by the Higher Education Authority and has received external funding from a range of sponsors and private foundations which has enabled the academy to advance research and to engage with educationalists, researchers and the public for the benefit of the island of Ireland.