‘Friends in times of turmoil: the story of Consul Dobrzyński, the first Polish diplomat to Ireland’ 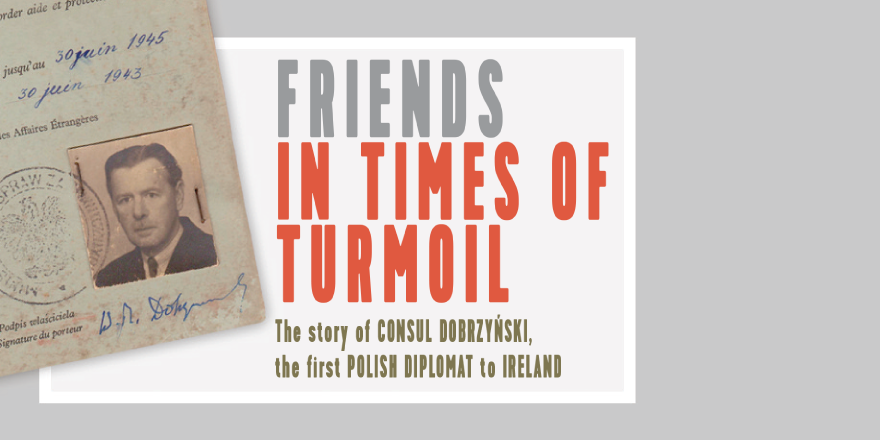 A Polish Embassy exhibition at the Royal Irish Academy Library, 8-17 May 2017. This exhibition will end Wednesday 17 May, 2pm. (No viewing Tuesday 16 May)

Commemorating the birth of diplomatic relations between Poland and Ireland, this exhibition focuses on the life and career of Consul-General Wacław Tadeusz Dobrzyński, the first Polish diplomatic to serve in Ireland and one of the longest-serving diplomats in the history of the state.