How linguistics can help the historian, with Anthony Harvey and Dónal Byrne 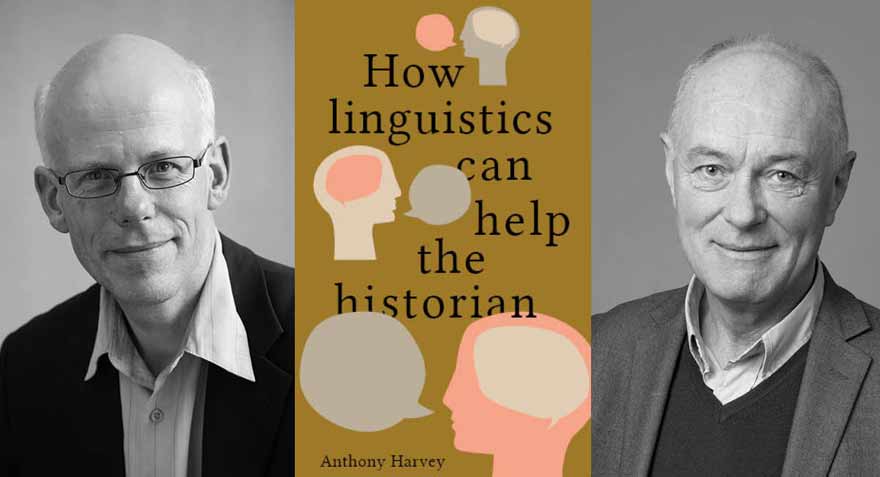 Learn about why September, October, November and December are no longer the 7th, 8th, 9th and 10th months of the year, and use the insights that Anthony will explain to see how linguistics can often finesse hard information out of historical documents in a manner that is just as striking and revealing—and just as scientific and objective—as the way in which archaeology helps us to interpret historical artefacts.

This event will explode the myth that linguistics has to be technical, complicated and boring!

At the end of the event, Dónal will invite you to raise your glass to launch the book.

You can buy a signed copy of the book when you register for this event. You will receive a link ahead of the event.

About the speakers:
Dr Anthony Harvey is Editor of the Royal Irish Academy's Dictionary of Medieval Latin from Celtic Sources (DMLCS) and Project Leader of the St Patrick's Confessio Hyperstack activity (www.confessio.ie). He has been part of the DMLCS project since 1985 and Editor since 1990. He holds a PhD in early medieval Irish and British linguistics and literacy from Cambridge University's Department of Anglo-Saxon, Norse and Celtic, where he had previously gained his MA, and has lectured and published widely on these subjects as well as on matters of Latin philology. He teaches conversational Welsh informally in Dublin, and has served as Chairman of the Classical Association of Ireland. He is currently on the advisory boards of several scholarly journals and dictionary projects at home and abroad.

Donal Byrne is a broadcaster and senior editor with RTÉ News and Current Affairs, part of Ireland's public service broadcasting organisation. Since 2014 he has been responsible for a series of history programmes on RTÉ Television marking Ireland's decade of centenaries - beginning with the 100th anniversary of the end of World War 1 and continuing with the anniversary of the 1916 Easter Rising, the major episodes of the War of Independence and those of Irish Civil War.