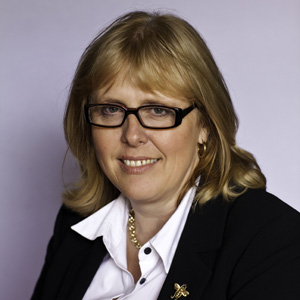 Professor Ohlmeyer is the Erasmus Smith’s Professor of Modern History, and a former Vice-Provost for Global Relations at TCD. She is also the current chair of the Irish Research Council and the Director of the Trinity Long Room Hub. In 2014-15 she was the Parnell Fellow at Magdalene College Cambridge and a Visiting Professor at the Centre for Historical Studies, JNU in Delhi.  In 2016 she held the Yeats Visiting Professorship at Sāo Paulo University in Brazil. She has also taught at the UCSB, Yale and the University of Aberdeen.

Over the years Professor Ohlmeyer has attracted significant amounts of highly competitive funding for her own research projects and for her graduate students. She has considerable expertise in overseeing major editorial projects and helped to secure over €1M in funding from the IRCHSS, the AHRC (the UK funding council) and Trinity College for the digitization and online publication of the ‘1641 Depositions’. She was closely involved in setting up the ‘Humanities Serving Irish Society’ consortium which under PRTLI4 secured funding for the Digital Humanities Observatory. She is also the Principal Investigator for the Trinity College Dublin element of ‘Humanities Serving Irish Society’ which was awarded €10.78M as part of PRTLI4.