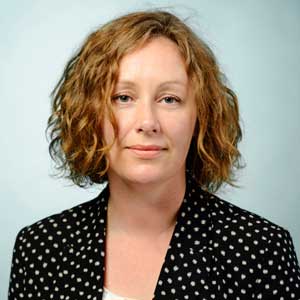 Jennifer (Jenny) McElwain holds the 1711 Chair of Botany at Trinity College Dublin’s School of Natural Sciences. She is currently the Head of Botany within the School. Over the past 20 years her research and teaching have focused on the development and use of palaeobotanical methods (proxies) that use fossil plants to reconstruct the evolution of Earth’s atmospheric composition and climate on multimillion year timescales. Her research team use both fossil plants and modern experimentation to investigate how fluctuations in atmospheric composition and climate have influenced plant evolution and ecology throughout Earth history. Her research programme has been successfully funded through both national and international grants and awards including Science Foundation Ireland, Irish Research Council, European Research Council, US National Science Foundation, National Geographic and Marie Curie. She was elected a Member of the Royal Irish Academy in June 2017 and awarded for Excellence in EU research by the President of Ireland in 2012. She has published over 100 internationally peer reviewed publication and two editions of a well-regarded textbook The Evolution of Plants, Oxford University Press. She is a board member of the Mary Robinson Foundation for Climate Justice. Before joining TCD in 2017, she was an Associate Professor/Professor at University College Dublin for 11 years, a curator of fossil plants at the Field Museum of Natural History in Chicago (2000-2006) and post-doctoral researcher at the University of Sheffield, UK (2003-2006). She graduated from Trinity College Dublin with a BA Botany in 1993 and from Royal Holloway University of London with a PhD in 1997.