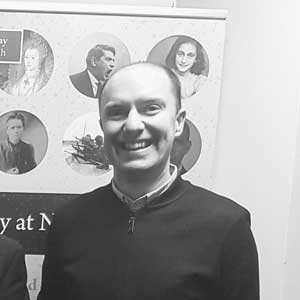 His interests are in international history, particularly the areas of globalisation, humanitarianism, NGOs and human rights. He has published two books: Ireland, Africa and the End of Empire: Small State Identity in the Cold War, 1955-75 (Manchester University Press, 2012) and The NGO Moment: The Globalisation of Compassion from Biafra to Live Aid (Cambridge University Press, 2021). In addition to publishing several peer reviewed articles and essays, he has also co-edited special issues of European Review of History (2016) and Moving the Social (2017) on the history of humanitarianism. He been a visiting fellow at the European University Institute in Florence and at Carleton University, Ottawa.

In addition to his academic work, Kevin has collaborated on UK Arts and Humanities Research Council (AHRC) and Irish Research Council funded projects with colleagues from the NGO sector, as well as contributing to the Overseas Development Institute’s Global History of Modern Humanitarian Action programme. He was a founding member of the Canadian Network on Humanitarian History and the Transnational Ireland research network, and previously served as a member of the Irish Committee of Historical Sciences.