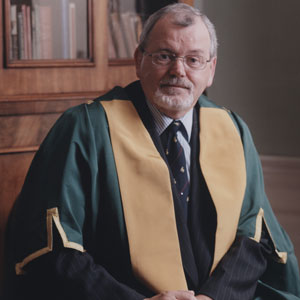 Michael Ryan is an archaeologist who has published widely on archaeological topics and who has specialised for many years in early-medieval ecclesiastical fine art metalwork. He served as Keeper of Irish Antiquities (head of the archaeological department and thus also Keeper of the Academy’s collection) in the National Museum (1979-1992). The position combined a great many duties to the collection, its preservation and display as well as frequent negotiations about archaeological sites and objects, exhibitions and loans and the conduct of research as well as the management of the professional and technical staff and teams of contract workers of varying size. He also served on committees drafting the heads of bills intended for the protection of the heritage and appeared as a witness for the state in several High Court actions. He took an interest in strategic matters and led or contributed to strategic planning in cultural institutions and internationally.

Asked in 1991 by Government to accept in the public interest secondment to the directorship of the Chester Beatty Library he led the resolution of many difficulties from which the Library had suffered and worked with the Trustees to form a a new strategy and development programme and to modernise governance. With the support of the Trustees, he reinvented what had been a very troubled institution and led it to a new home in Dublin Castle in 1999 and to the award of European Museum of the Year 2002. He initiated a new programme of exhibitions including major loans from overseas, recruited new expert staff and overhauled management, finance and working conditions (1992-2010) From 2010 to 2016 he served as a judge of the European Museum of the Year award. He was nominated by the Academy to the Irish Medical Council (2011-2018).

A member of the Academy since 1990 he served as Council Member, PL&A Secretary (Humanities Secretary), Vice President, Treasurer and President 2002-2005. He chaired the first modern process of strategic planning in the Academy. He has also served on a number of statutory boards in both the Republic and Northern Ireland. He was Master Warden of the Company of Goldsmiths of Dublin. He played an active part in developing modern governance for this venerable institution.

He has considerable experience on the boards of international voluntary cultural organisations and has worked extensively in museums in Asia, the United States, Australia and Western Europe. He has undertaken research in several European countries including a fellowship from the German Government to study in Marburg in 1987 and has been a Visiting Professor on five occasions from 1988 to 2014 in the University of Toronto (St. Michael’s College) and in 2014 as Visiting Distinguished Scholar at the Pontifical Institute for Medieval Studies (Toronto) and currently holds two adjunct/honorary professorships. His work has also been recognised by a number of honorary fellowships and awards. In 2008 he was appointed Officier de l'Ordre des Arts et des Lettres by the Government of France. The Society of Antiquaries of London awarded him their Frend Medal in 1990 for his contributions to the archaeology of the Christian Church and the defence of the archaeological heritage. He is research-active and publishes regularly in the scholarly literature. He has edited seven books has a substantial body of published work mostly as sole author but also some collaborative publications.