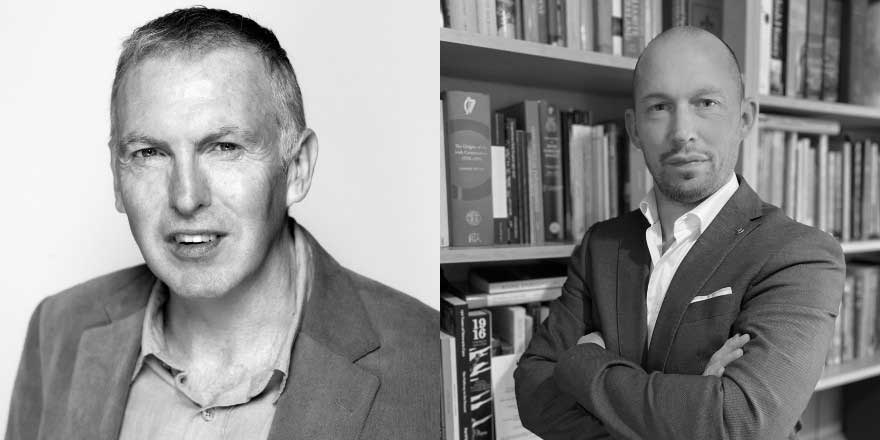 At the end of July the Dictionary of Irish Biography (DIB) bid farewell to its retiring Managing Editor, Dr James Quinn. James joined the DIB as an editorial assistant in 1995, the same year in which he graduated from UCD with a Ph.D. in Irish history. Two years later he took up the position of executive editor, and along with then Managing Editor James McGuire played a key role in the landmark launch of the DIB in 2009 – in print and online – featuring more than 9,000 lives. In 2012 James succeeded as Managing Editor; following a two-year career break in 2019, he returned to the DIB in April 2021 until his retirement this July.

In addition to writing more than 270 entries and overseeing the ongoing expansion of the DIB, which now features almost 11,000 lives, James’s research interests mainly focused on eighteenth- and nineteenth-century Irish history. He has written books on the United Irishman Thomas Russell (2002), the Young Irelander John Mitchel (2008) and most recently published Young Ireland and the writing of Irish history (2015). He has also contributed widely to academic journals and essay collections on various aspects of political and cultural history, biography and historiography. The Royal Irish Academy would like to wish James well in retirement.

James’s replacement as Managing Editor, Dr Eoin Kinsella, is no stranger to the Academy. A graduate of UCD (BA, Ph.D.), where he held doctoral and postdoctoral fellowships, Eoin first joined the RIA in 2008 as documents editor for the Origins of the Irish Constitution project, before working as an editorial assistant and assistant editor with Documents on Irish Foreign Policy (vols VII and XII).

Prior to joining the DIB, Eoin taught in UCD for more than a decade, and spent several years working as a historical consultant, specialising in the design and curation of large-scale research and heritage projects. He worked as a consultant historian with a variety of public and private bodies, including the Departments of the Taoiseach and of Foreign Affairs, the National Archives of Ireland, the National Print Museum, the Defence Forces, the Commissioners of Irish Lights, Dublin City University and Leopardstown Park Hospital.

Eoin has contributed numerous essays and articles to journals and edited collections, and has published extensively on various topics in Irish history. His books include The Irish Defence Forces, 1922–2022: Servant of the nation (2023); Dublin City University, 1980–2020: designed to be different (2020); Catholic survival in Protestant Ireland, 1660–1711 (2018); and Leopardstown Park Hospital, 1917–2017: a home for wounded soldiers (2017). He is a co-founder of the annual Tudor and Stuart Ireland conference, a committee member of the Eighteenth-Century Ireland Society, and a former director of the Irish Association of Professional Historians.

For more on the Dictionary of Irish Biography, see www.dib.ie.