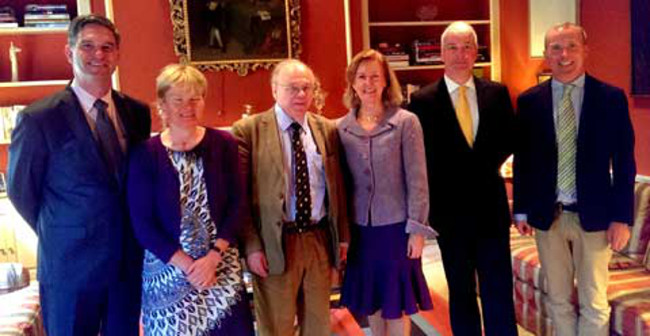 25 October 2014
Tuesday 7 October 2014 was the 90th anniversary of the formal commencement of Irish-American diplomatic relations, marking the day in 1924 when Prof Timothy A. Smiddy presented his credentials to President Coolidge in Washington DC.

Michael was part of a special panel held on 7 October at the Irish Embassy, Washington DC, addressing an invited audience of historians, diplomats, journalists and members of the Irish-American diaspora on the development of Irish-American relations between the wars.

On 9 October DIFP IX went to print at Koverto-ColourWorld in Kilkenny.

On 30 October Michael spoke to the Irish Literary Society in London on the role of Irish diplomat Conor Cruise O’Brien as UN Secretary General Dag Hammarskjold’s Special Representative in Katanga during 1961.