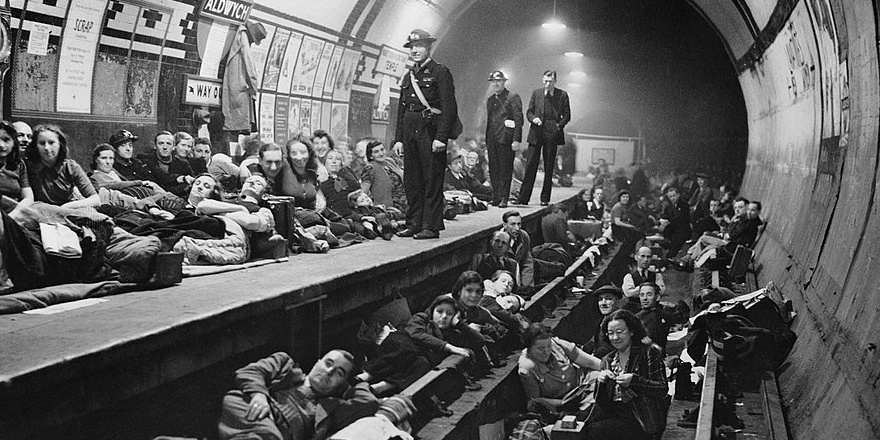 An Irish diplomat in London during the Blitz, 1941

In a sequel of sorts to our last blog post on the 'Emergency', what did an Irish diplomat see and hear while in London during the Blitz of 1941?

In June 1941 an Irish diplomat wrote down his impressions of life in and around London during the German ‘Blitz’ of 1941. Denis R. McDonald was a graduate of University College Cork (UCC) and joined the Department of External Affairs (as it was then known) in 1938. He enjoyed a lengthy and varied career, later serving as, amongst other things, Ireland’s ambassador to Belgium, France, Italy, Turkey and Egypt in the decades after the Second World War. During the war, however, between holding positions in Dublin and Rome, he had been posted to London for three months in the first half of 1941. Immediately afterwards McDonald was asked to provide ‘an account of some of the impressions’ he had gathered whilst in England to Joseph Walshe, the secretary (or, as it would be known today, the secretary-general) of the Department of External Affairs.

The sources we use for diplomatic history aren’t just about diplomats; very often, they are about what those diplomats saw and experienced in the places where they were posted. Throughout the ‘Emergency’ Irish diplomats across Europe provided a stream of reports to their superiors that offer insights into the realities of life as they observed it in the capitals of the warring powers.

Ireland had a diplomatic mission in London since 1922, and the Irish High Commissioner in the UK, the Manchester-born John Dulanty, was a vital point of contact for the Irish government and its British counterpart before, during and after the Second World War. McDonald, on the other hand, was only in London for a relatively short period, but presumably Walshe took the view that an additional perspective on events at a critical juncture would be of value.

McDonald’s brief tenure came towards the end of the German aerial assault on Britain, at a time when Irish neutrality and the reluctance to permit the British to use the naval bases (or ‘Treaty Ports’) returned to Ireland prior to the war was increasing tensions in Anglo-Irish relations. But the lengthy memorandum that McDonald composed for Walshe was emphatically not preoccupied with high politics; it is very much a view from the ground.

McDonald was clear from the outset that his was a subjective account. He detailed his experience of life in London amidst the heavy German bombings of April 1941, with an especially vivid account of how Londoners escaped the Blitz by sheltering overnight in underground stations. He subsequently moved out of the city to Hertfordshire, where he witnessed running aerial battles at night between the RAF and Luftwaffe bombers. McDonald offered up his observations on class tension (his contacts in England seemed to range across a diverse range of backgrounds), national morale (so to speak), anti-Semitism, and English views of Ireland’s neutral stance; the latter were often surprising. He even provided Walshe with this sketch of the camouflage scheme on an RAF radio station at Ivinghoe in Buckinghamshire.

McDonald was posted to England at a time when the possibility of a German invasion of Britain was still considered to be a realistic possibility (his own view was the British government's leaflets on how to respond to such an invasion had ‘sharpened the expectation of an invasion before the end of the summer’). McDonald painted a picture of a population feeling the strain of the war, and questioning the abilities of their military forces and their political leadership before the German’s diverted their attention to Russia with fateful results. Retained in the National Archives of Ireland, it offers a striking snapshot of wartime England from an Irish perspective and was published in full in DIFP vol. VII; read it online here.