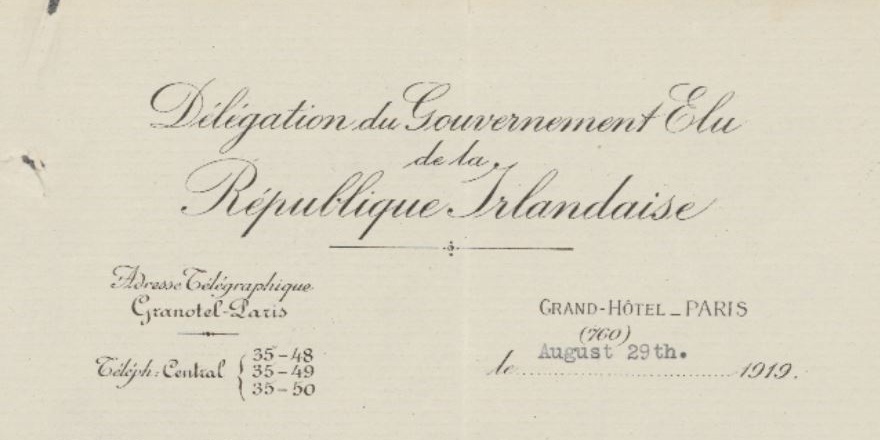 New exhibition series in the National Archives of Ireland on 100 years of the Irish Foreign Service, 1919-2019

In conjunction with our colleagues in the National Archives of Ireland we are curating a series of monthly exhibitions on the history of Irish foreign policy in the NAI throughout 2019.

DIFP is a partnership between the Department of Foreign Affairs and Trade, the National Archives of Ireland, and the Royal Irish Academy. Most of what DIFP publish (not to mention the office) is in the National Archives itself on Dublin’s Bishop Street. As that 2019 marks the centenary of the founding of the Irish diplomatic service, between now and the end of the year we will be curating a series of monthly mini-exhibitions in the National Archives on some aspects of Ireland’s relations with the wider world. For the first exhibition, we have gone back to the start with a selection of documents relating to the foreign policy of the first Dáil Éireann in 1919-21.

Sinn Féin’s manifesto for the 1918 general election included a promise to lobby the post-First World War peace conference to recognise Irish independence, and in 1919 future Irish president Sean T. Ó Ceallaigh was sent to Paris with this in mind; he was soon joined by George Gavan Duffy, and correspondence from both men in August 1919 on their various activities forms part of the exhibit. The Irish mission failed to get a hearing at the peace conference but attempts to bring international pressure to bear on the British became an integral part of the Irish struggle for independence. 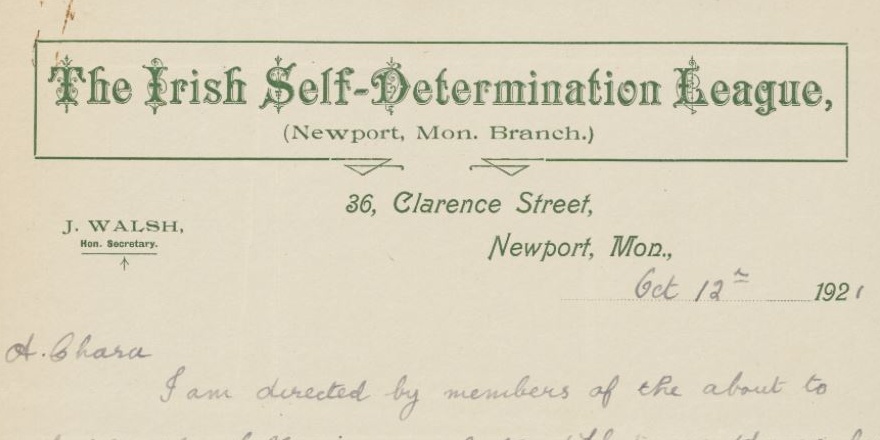 Mobilising the support of the Irish diaspora was an important tactic for keeping the question of Irish independence relevent in the eyes of world opinion. Also in the exhibition is a letter from a Welsh branch of the Irish Self-Determination League of Great Britain (ISDL) pledging support for the Irish delegation that had recently arrived in London to negotiate the Anglo-Irish treaty of 1921. Sinn Féin had agents and emissaries in a surprising number of places, including, from April 1921 onwards, Berlin, in the form of John Chartres and Nancy Wyse-Power. On the same day as the letter from Wales was written, a German edition of the Dáil’s international propaganda organ, The Irish Bulletin, was also published, and it too reported on the arrival of the Irish negotiators in London. 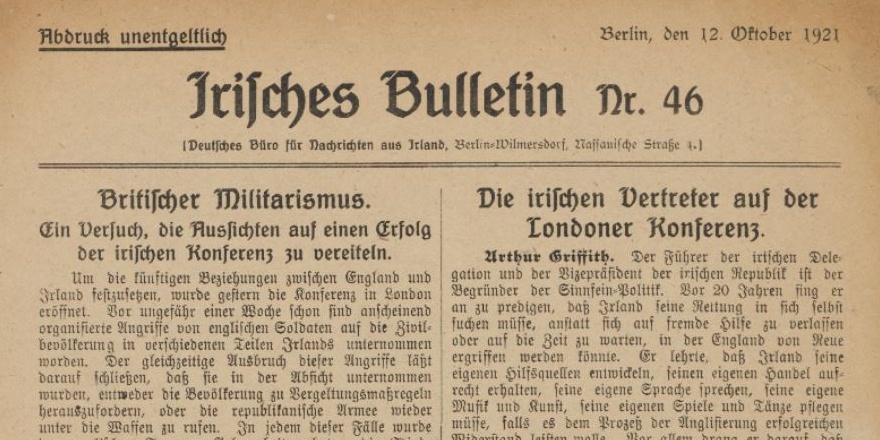 Ultimately, the negotiating of the Treaty was a separate matter and was not directly shaped by Sinn Féin’s attempts to secure international recognition for Irish independence, but many of those who became diplomats after independence had cut their teeth in the Sinn Féin diplomatic service during the revolution.

The documents mentioned above are now on display until 31 January 2019 in the lobby of the National Archives of Ireland, Bishop Street, Dublin 8, which is open from 9.15am to 5pm Monday to Friday.

All images courtesy of the National Archives of Ireland. 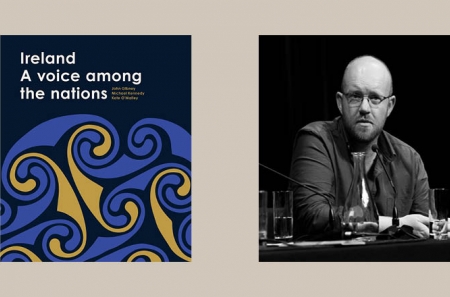 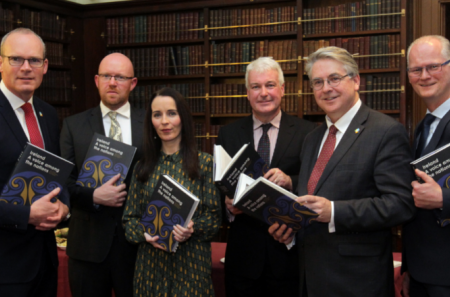 Launch of 'Ireland: A voice among the nations'

On Wednesday 27 November the RIA's new illustrated history of Irish foreign affairs was launched by Tánaiste and Minister for Foreign Affairs and Trade Simon Coveney TD.