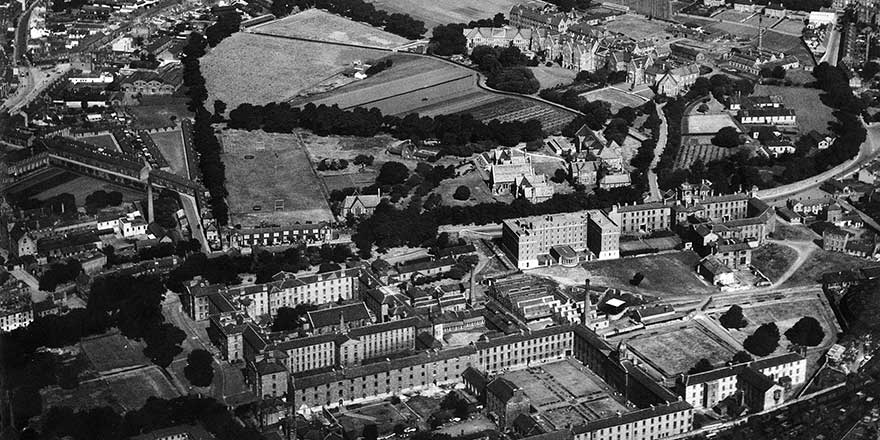 Listen to the little-known story of the recovery and restoration of the records from the hospitals associated with the Grangegorman site.  These records document the lives of the people and the practices employed there from 1814 onwards.

Why are these records so important?  How were they recovered and restored?  What do they tell us?  Where were the records found, where are they located now and who can access them?  And how can they challenge the historical stigma of mental illness and support the transformative process towards a progressive and compassionate approach to mental health and mental illness in Ireland in the future?

In this commissioned text, Maggie Armstrong introduces TU Dublin staff and students to the 'chequered' past of their new campus in Grangegorman.

Institutional experience of the “Spanish” flu and COVID-19 in Ireland