The Easter Rising of 1916 was mounted by Irish republicans who aimed to end British rule in Ireland and establish an independent Irish Republic while the United Kingdom was heavily engaged in World War I. The '1916 Portraits and Lives' project looks at a variety of people - men and women, British and Irish, belligerents and pacifists - involved in the events of Easter week 1916.

The Royal Irish Academy decided to publish a book of biographies of the people whose lives were, in one way or another, deeply involved in the Easter Rising: 1916 Portraits and Lives. The biographies were extracted from the Academy's Dictionary of Irish Biography project. Artist David Rooney was commissioned by the Office of Public Works to illustrate the book, and the RIA team worked with David, providing him with the research to inspire him to create new and original scraperboard portraits of each of the subjects and three larger scenes. The scraperboard portraits were acquired for the state collections.

David Rooney has created hand coloured prints, starting with Michael Collins as the 100th anniversary of his death occurs on 22 August this year. He is depicted on the mailboat to England, which he travelled on frequently when negotiating the Treaty of 1921. Browse the full 1916 Colour Edition Print Series. 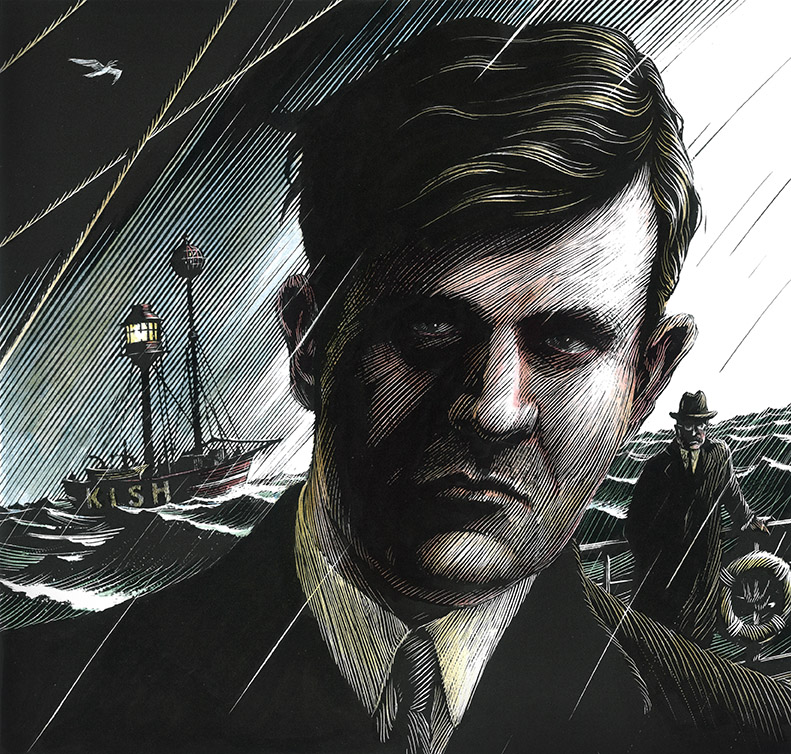 The pictures are lithographs printed onto cuts of uncoated Munken Lynx rough paper (170 g/m2), signed and numbered by David Rooney and limited to just 100 pressings. For this colour edition the artist has hand coloured each print individually using a range of Windsor & Newton inks. The colour has to be applied very carefully and the nature of the tinting results in every print being totally unique.

Illustrator David Rooney’s artwork features in publications by The Folio Society, London, and in cultural centres such as the Titanic Experience, Belfast, King John’s Castle, Limerick; and the Stonehenge visitor centre. You can see more of David’s work at www.davidrooney.com.