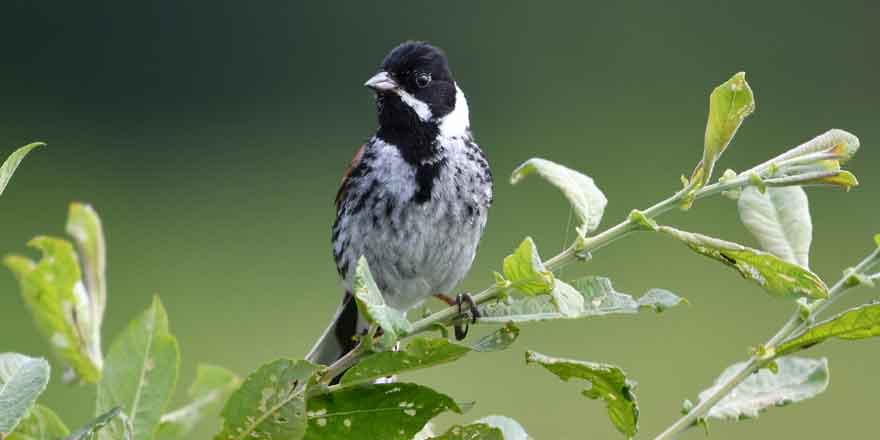 On Day 9 of Heritage Week we learn about a common resident on Clare Island, featuring in New Survey of Clare Island, vol. 9: Birds.

Today, you can read the entry on the Reed Bunting as it appears in Chapter Two of New Survery of Clare Island, vol. 9: Birds. Chapter Two contains an inventory of the birds of Clare Island, and this is compared with the findings of the first survey conducted during 1909–11. The list comprises records that span the period from 1887 to 2018.

Reed Bunting Emberiza schoeniculus (Linnaeus)
Resident in small numbers.
The reed bunting, since the first survey, has been consistently found in small numbers mostly in the Fawnglass and Capnagower areas of Clare Island, the only exception being during the 1988–91 breeding atlas (Gibbons et al. 1993) (see Chapter 4).
Image credits: R.T. Mills