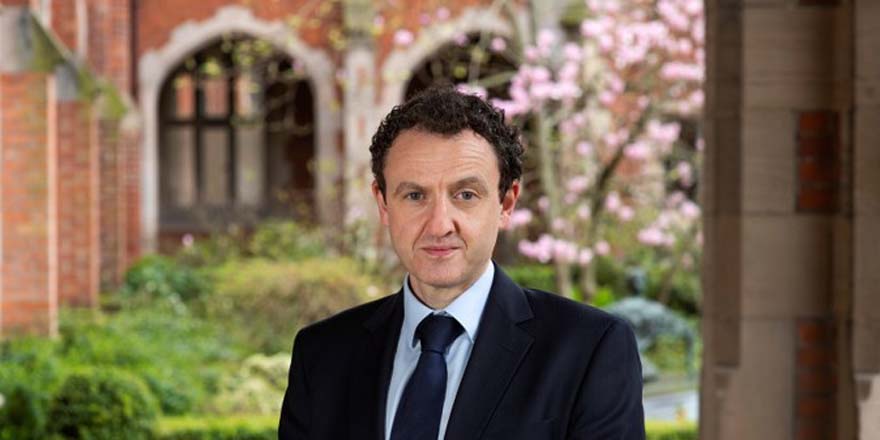 Discussions about constitutional change on the island of Ireland have advanced significantly. The scale of ongoing work in civil society, political parties and universities is impressive. That is not to neglect what went before; many have been pressing the case for decades. For those who seek a united Ireland, this is merely the latest phase in a long journey, a time when the preferred end goal seems to be in sight.

Political unionism appears to be in denial, casting doubt on the extent of the debate, its appropriateness, and the evidential basis for it. Brexit is playing a lead role in altering the mood, for reasons that have been exhaustively rehearsed and are not hard to decipher. Northern Ireland has been removed from the EU; an automatic return option stands ready to be operationalised. While much attention will be on what a united Ireland looks like, there should be just as much interest in what happens before the vote. How will the anticipated referendums work? Will it be possible to test democratic consent in a way that is perceived as legitimate and fair? How do you guarantee that the Good Friday Agreement is respected and that a good faith reading prevails? By way of answering these questions, let us draw out a number of core themes.

First, this may appear surprising given the volume of work, but there is still room for normalising the discussion. That task has become easier, as more people, including prominent figures – such as the Tánaiste Leo Varadkar – openly enter the field. Those engaging in the public debate without something useful to say seem out of place. The narrative framing around planning and preparation assists; it is hard to argue against responsible management of an agreed process. It is a space that political and civic actors now feel confident, for a variety of reasons, to venture into. As the work noted above proliferates, the next challenge will be encouraging people to engage with each other in a productive and coordinated way, for the purpose of ensuring that coherent propositions emerge. That may prove difficult, as tensions on both sides of the argument begin to manifest themselves. Agreeing on a constitutional objective tells us little about what is substantively envisaged, for the Union or for a united Ireland. Few seem immune from the temptation to settle political scores and the next phase may be hazardous.

Second, the existing framework must be further clarified, and a sufficient consensus achieved around how it will operate. Both governments have a particular role, with others, and the more that can be agreed in advance the better. As argued in my article in Irish Studies in International Affairs, the British government cannot, if it is to comply with the Agreement, withhold relevant information. The obligation of ‘rigorous impartiality’ requires honesty about how any transition will be managed. Attempts must be made to incentivise inclusive and meaningful dialogue before the referendums take place. In particular, care should be taken to avoid a framing that would privilege post hoc and exclusively elite-level political negotiations or suggest that there is a communal veto over progress. In order to avoid that it would be helpful if the parameters were discussed and articulated in an agreed form soon. Many of these matters can be resolved now, and there is some clarity around how, for example, the outcome will be measured and the choices on offer made. Given the particular circumstances of Northern Ireland, it is unlikely that any purely internal way forward within the UK will secure the required levels of trust, so international experience and oversight may be helpful.

Third, the task of setting out the deliverable proposals for a united Ireland will, in the end, fall to an Irish government. That must come after a period of wide and deep civic engagement and political reflection. What follows the referendums, if there are votes for change, will be a process of implementing known proposals. While there will be intergovernmental negotiation, on a rolling basis, and that can be imaginatively conceived, much of the post-referendum politics must be around practical implementation. The argument advanced in my article about the urgent need for preparation therefore aligns with those calling for extensive planning. The objective is not to impede progress – I have also argued for a time frame to be put in place – but to ensure a proper understanding of the consequences of a vote either way.

Finally, the article makes the case throughout for an all-island approach. Yes, there is a need to recognise the distinctive nature of the two jurisdictions on the island, and relationships across these islands, but the right of self-determination belongs to the people of the island of Ireland and the outcome will be decided on the basis of their concurrent consent. The rationale and logic behind this must be respected at every stage. An approach that further privileges a separate and detached Northern Ireland dimension would be a mistake and contrary to any reasonable, good faith and contextual reading of this Agreement right. In my view, that means simultaneous referendums based on clarity about what is on offer, preceded by an all-island process of informed and honest civic and political dialogue. This will need to be robust enough to withstand the pressure that will come and, as noted, mechanisms to provide international oversight may assist.

Although the constitutional debate is complex, a simple idea remains at its core. If the status of Northern Ireland does rest on consent, and if the right belongs to the people of the island without ‘external impediment’, then it is only fair to offer a democratic choice in the way, and in the circumstances, anticipated in the Agreement. That day may arrive sooner than many realise.

Read the full article by Colin Harvey, ‘Let “the People” Decide: Reflections on Constitutional Change and “Concurrent Consent”’, as it appears in our journal Irish Studies in International Affairs: ARINS.