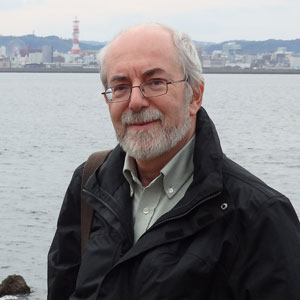 Professor Paul Giller is a Zoology graduate of Queen Mary London and has a PhD in Freshwater Ecology from Imperial College London and is an Emeritus Professor in Ecology at University College Cork (UCC), specialising in community ecology, freshwater biology and biodiversity and ecosystem functioning in freshwater and terrestrial habitats. He has published over 145 peer reviewed publications and 7 books to date (h-factor 55, >12,800 citations). He is also an elected Member of the Royal Irish Academy (MRIA) and was awarded the inaugural Excellent Ecology Life Time Achievement Award by the Irish Ecological Association.

Professor Giller taught and researched in UCC for over 35 years, and has also taught and/or researched for periods in China, UK, USA, Sweden, South Africa and France. In addition to academic roles, Professor Giller has held Senior University Management positions at University College Cork including Executive Dean of Science and Registrar and Senior Vice President Academic/Deputy President.

Prof Giller has significant experience of Research Reviews having chaired and participated in review panels for the EU and National Research Agencies and Councils in Norway, Sweden, Finland, UK, France, and Portugal. He has also held the position of Senior and Executive Editor of the Journal of Applied Ecology and member of Editorial Boards of a number of international journals (including Freshwater Biology, Journal of Animal Ecology, Aquaculture International, and Water) and has held a variety of roles on national and international bodies and committees (including British Ecological Society, Irish Ecological Association, and European Ecological Federation).