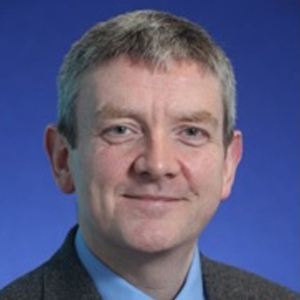 Professor Peter McHugh is our current Secretary for Policy and International Relations. He was elected to this position in 2016.

Peter McHugh joined NUI Galway in 1991, where he is currently Professor of Biomedical Engineering and Head of Discipline of Biomedical Engineering, within the College of Engineering and Informatics. His research is focused on fundamental developments and applications of computational and experimental methods in biomechanics, tissue mechanics and medical implants and devices. He has received numerous awards, including membership of the Royal Irish Academy (2011), the Silver Medal of the Royal Academy of Medicine in Ireland (Section of Bioengineering) in 2011, the Presidential Nominee Fellowship of Engineers Ireland in (2009), and the Alexander von Humboldt Fellowship (1995).