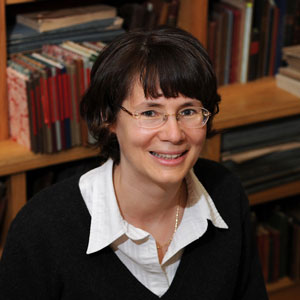 Gisela Holfter studied in Cologne, Cambridge and St. Louis, and worked as an Assistant Teacher in Belfast and as a Lektor at the University of Otago in Dunedin, New Zealand, before coming to Limerick in 1996. She is Senior Lecturer in German and co-founder and Joint Director of the Centre for Irish-German Studies. Her research interests include German-Irish relations, German literature (19th century to contemporary writing), exile studies, migration and intercultural communication. She is a member of the PEN German-speaking Writers Abroad and has published many articles and edited a dozen books, the latest being German Reunification and the Legacy of GDR Literature and Culture (with D. Byrnes and J. Conacher, 2018, Brill). Her monographs include Erlebnis Irland (1996, WVT), Heinrich Böll and Ireland (2011, paperback 2012, CBS) and An Irish Sanctuary: German-speaking Refugees in Ireland 1933-1945 (with H. Dickel, 2017, paperback 2018, de Gruyter). She is currently engaged in a project on Fontane’s Wanderungen durch die Mark Brandenburg and one on German migration to Ireland since 1922.