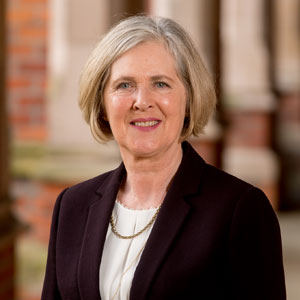 Yvonne Galligan is Director for Equality, Diversity and Inclusion at Dublin Institute of Tehcnology/Technological University Dublin.Professor Galligan has published extensively on gender equality issues in public life. Her recent publications include the books Politics and Gender in Ireland: the quest for political agency (contributing co-editor with F. Buckley, 2015) and States of Democracy: Gender and politics in the European Union (contributing editor, 2015). She is expert in the political, legislative and legal aspects of national and European policy relating to gender equality, and is regularly commissioned by European institutions and agencies to provide comparative research reports, including Mapping the representation of women and men in legal professions across the EU (2017, Galligan et al) for the European Parliament Committee on Legal Affairs. She was a member of the UK Independent Commission of Inquiry on The Consequences of Devolution for the UK House of Commons (the McKay Commission), in 2013. She was independent chairperson of the Irish Fianna Fail Markievicz Commission in 2015 on measures to implement the 30% candidate gender quota. She is a Fellow of the Academy of Social Sciences, Fellow of the Royal Society of Arts and Honorary Fellow of Trinity College Dublin. In 2014 she received an OBE for services to higher education, and in 2017 received an Honorary Doctorate in Social Science from the University of Edinburgh.