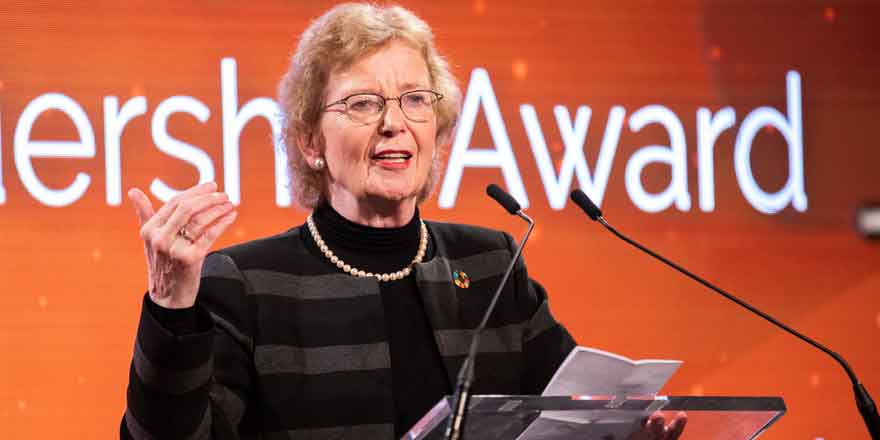 Click the links to join the live Keynote with Mr Simon Coveney T.D., Tanaiste and live Plenary with Mrs Mary Robinson MRIA.  These will be hosted in 'Microsoft Teams', please see instructions below.

How to join Microsoft Teams Meetings and Live Events

Please note, it is not possible to access MS Teams via Safari web browser which is the default browser on Macs and Apple iPhones and iPad.

We recommend viewing this short video for a step by step guide on how to join a Teams meeting.

About the Keynote and Plenary speakers

Tánaiste's biography on Department of Foreign Affairs and Trade website

Mary Robinson is Adjunct Professor for Climate Justice in Trinity College Dublin and Chair of The Elders. She served as President of Ireland from 1990-1997 and UN High Commissioner for Human Rights from 1997-2002. She is a member of the Club of Madrid and the recipient of numerous honours and awards including the Presidential Medal of Freedom from the President of the United States Barack Obama. Between 2013 and 2016 Mary served as the UN Secretary General’s Special Envoy in three roles; first for the Great Lakes region of Africa, then on Climate Change and most recently as his Special Envoy on El Niño and Climate. Her Foundation, the Mary Robinson Foundation – Climate Justice, established in 2010, came to a planned end in April 2019.

Mary Robinson serves as Patron of the International Science Council and Patron of the Board of the Institute of Human Rights and Business, is an Ambassador for The B Team, in addition to being a board member of several organisations including the Mo Ibrahim Foundation and the Aurora Foundation. She was Chancellor of the University of Dublin from 1998 to 2019. Mary’s memoir, ‘Everybody Matters’ was published in September 2012 and her book, ‘Climate Justice - Hope, Resilience and the Fight for a Sustainable Future’ was published in September 2018.

Click here to read our Data Protection Policy and Eventbrite Transparency Statement in relation to the handling of your data for booking this event.