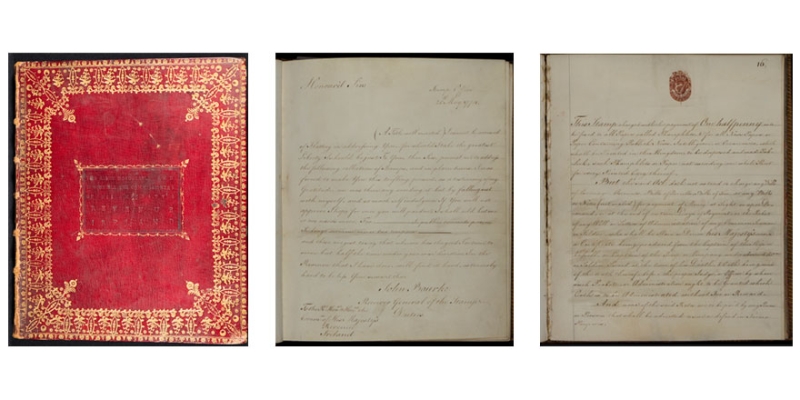 Window on the Irish Soul – 100 years of Irish stamps

Window on the Irish Soul is a digital exhibition produced as part of a collaboration between the Royal Irish Academy Library and the An Post Museum and Archive to mark the 2022-23 centenary of Irish stamps. Drawing on material from the heritage collections of both institutions,  the exhibition features one of the earliest stamp albums - a unique collection of Irish revenue stamps collated in 1774.

On the 6th December 1922, the anniversary of the Anglo-Irish treaty, the newly independent Irish Post Office issued the first official Irish stamp, the well-known twopenny green Map of Ireland design. British stamps, overprinted in Irish, had been in use since the previous February but the Map of Ireland stamp was the first of a series of new stamps specifically designed to represent Ireland and its culture. During 1923, three other designs appeared, the Sword of Light, Provincial Arms and Celtic Cross and these four stamp designs made up a set of definitive or permanent stamps that endured for nearly fifty years.  The 2022-23 centenary of Irish stamps provides an opportunity to consider how these little pieces of paper, intended to indicate payment of postage, have also served over the years to publicise, at home and abroad, the achievements and aspirations of Ireland and its people, opening, in a sense, a unique Window on the Irish Soul. Drawing on material held in their collections, the library of the Royal Irish Academy and the An Post Museum and Archive intend to put on display a few items of particular interest in the Academy next year and in the meantime have collaborated on the production of a small digital exhibition which can be viewed at this link:

An Post’s collection of Irish stamps is also available to view through the Digital Repository of Ireland’s website at: