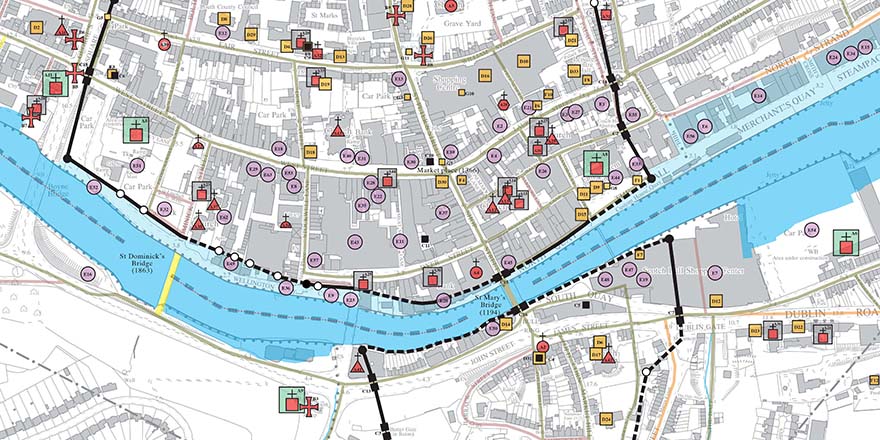 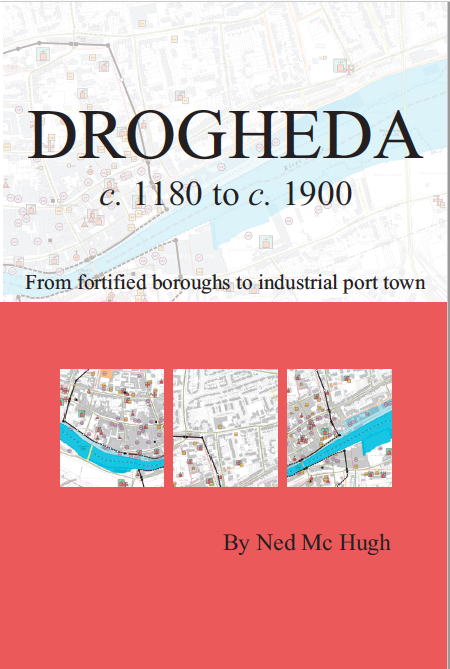 Drogheda's long and complex history is plotted onto a large-scale Ordnance Survey map of the town in the latest Irish Historic Towns Atlas publication. A select 200 historic sites, some long demolished and others still standing tall, are included that represent the urban development from the late twelfth-century to the twentieth-century. Features like the iconic St Laurence's Gate, the circuit of the town walls, the tholsel, various churches, gallows, schools and manufacturing sites are included.

A short essay that accompanies the map gives insight into origins of Hugh de Lacy's Anglo-Norman foundations of two boroughs, either side of the River Boyne. Significant sites like Millmount offered a strategic site for a motte and bailey. Each borough had a parish church and tholsel while the outskirts provided land for four medieval hospitals. Both boroughs were governed separately before they were unified in 1412, creating a successful medieval port town that expanded over the centuries and especially in the nineteenth century.

As President of the Royal Irish Academy, I welcome Drogheda c. 1180 to c. 1900: from fortified boroughs to industrial port town by Ned Mc Hugh, an ancillary publication to the Irish Historic Towns Atlas for Drogheda atlas that was published in 2019. This map complements the atlas and displays much of Drogheda’s rich history on one map. Ned Mc Hugh’s commentary on the urban development will entice many of those with historical curiosity to roam the streets and lanes of these medieval boroughs, map in hand, and discover the many intrinsic historical details of Drogheda through time. It joins Dublin, Belfast, Limerick, New Ross and Galway in the pocket map series and adds greatly to the history of Drogheda, locally, nationally and internationally. We look forward to a celebration of the publication in 2021.

Louth County Council was delighted to support the production of the historic Drogheda pocket map. It complements the Irish Historic Towns Atlas of Drogheda wonderfully and they give people, locals and visitors alike, an impressive visual history of the town. Together with Ned Mc Hugh's commentary, these exciting publications describe how Drogheda, Ireland's largest town, developed from the two distinct medieval boroughs, through the County of the Town of Drogheda, into the modern port town we know today.

Drogheda, c. 1180 to c. 1900 joins Dublin, Belfast, Limerick, Galway and New Ross in the pocket map series and is an ancillary publication to Irish Historic Towns Atlas, no. 29 Drogheda/Droichead Átha by Ned Mc Hugh (2019). It is designed to be a companion as you walk the streets of Drogheda or to be laid out on a table and poured over as you see how the town developed over 700 years. It is published by the Royal Irish Academy.

The Royal Irish Academy are grateful to the support of Louth County Council who have financially supported this project.

Drogheda, c. 1180 to c. 1900: from fortified boroughs to industrial port town by Ned Mc Hugh can be purchased here and in all good bookshops.

About the Irish Historic Towns Atlas 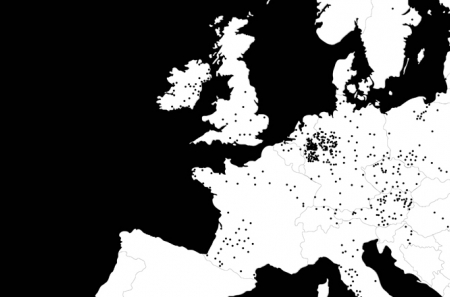