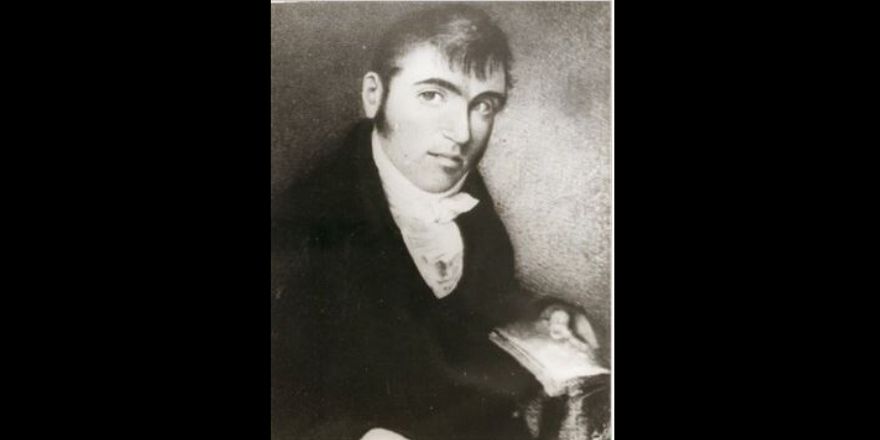 Official records can only tell us so much; they provide the bare bones of a person’s life, informing us when someone was born, if they married and had children, and when they died. Official records, however, do not tell us who a person was and what they were like. For information such as this, we must turn to other sources, and correspondence proves to be exceedingly crucial in this respect. The vast collections of correspondence held in the Library of the Royal Irish Academy help us to put together a more complete picture of some of its members, including the subject of this piece, where his correspondence helps to fill in some of the blanks which official records were unable to do. While writing a biography of James Hardiman for a forthcoming publication, Hardiman and Beyond: the Arts and Culture in Galway, 1820-2020, I had the remarkable work of Marie Boran, Special Collections Librarian, James Hardiman Library, NUIG and Christopher Townley, former Librarian, NUIG, to draw on, but it was his letters that really enabled me to give him shape as a person. 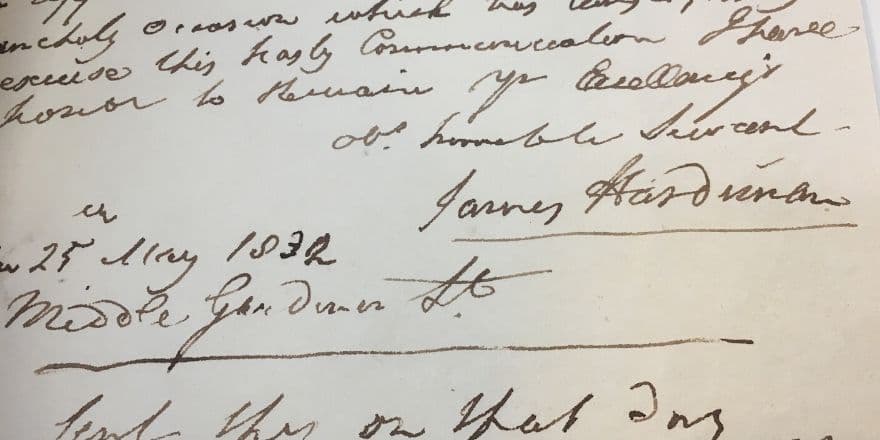 James Hardiman was born in ca. 1782 in the town of Westport. One of our sources for this is in a letter which forms part of the Ordnance Survey Letters for County Mayo. In it, his friend and member of the Topographical Section of the Ordnance Survey John O’Donovan, writes that “this town gave birth to James Hardiman, rectius Hardagon, Esq., author of the History of Galway and compiler of the Irish Minstrelsy. He was born about sixty years ago in a house opposite which I now sit” (RIA 14 D 27, Mayo Letters Volume 1, p. 442). O’Donovan was writing in 1838, which makes Hardiman’s birth in 1782 a possibility. O’Donovan’s account continues with a story of Hardiman’s eye injury at the age of two rendering him ineligible for a career as a priest, but that Hardiman’s character was so renowned for his virtue and intellect, that a Papal dispensation was sought and duly given. However, so waylaid by the Napoleonic Wars, Hardiman in the meantime had moved with his family to Galway City and had changed his intended profession to practicing law instead. This account is impossible to verify, as it exists nowhere outside of O’Donovan’s letter.

Hardiman worked in the Public Records Office where he consulted and wrote about official records, which stood him in good stead when he came to compile his History of the Town of Galway, published in 1820. A letter from Charles O’Conor in 1826, on behalf of his employer the Duke of Buckingham, demonstrates how Hardiman’s reputation as a history writer and manuscript collector was held in high regard, as O’Conor notes his admiration of the History and offers to buy his manuscripts from him (RIA 12 N 21/225). Hardiman, as revealed in his correspondence, was a generous man. Scattered throughout his correspondence in 12 N 20 and 12 N 21 are a series of thank you notes from numerous correspondents to whom he had sent copies of books or, in the case of James Clarence Mangan, had given money. Hardiman also had an uncompromising side, particularly when it contravened his beliefs. His habit of making notes about his correspondents on their letters reveals what he really thought of some people – for example, on an apology note from fellow antiquarian Owen Connellan, he wrote that “Poor Owen (a copier of Irish) was born a Roman Catholic, but became a Protestant to better his condition” (RIA 12 N 20/104). 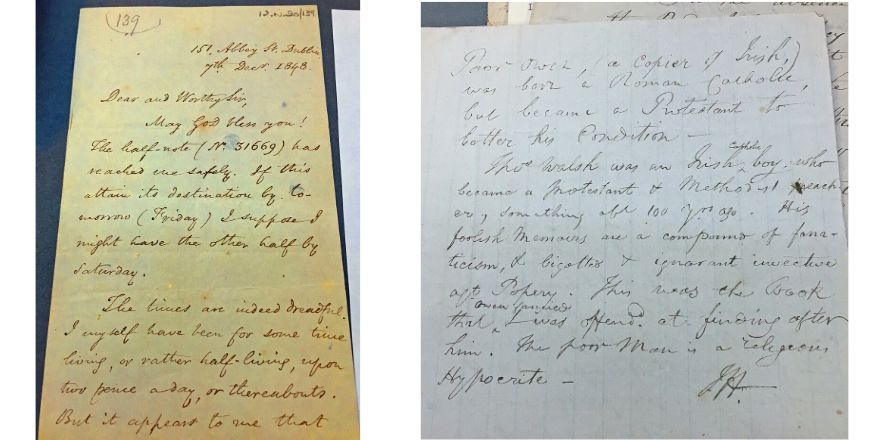 If, in reconstructing Hardiman’s life, all there was to go on were facts and figures, then we would only have a rough idea of his year of birth, the year he entered Kings Inns, and the year he died. We would certainly know about his publications but would have no idea about his motivations for engaging with the work; what people thought of it; and how widely it was read. We would have no idea about his friendships and, ultimately, there would be very little to give substance to the name. Hardiman’s letters to and from him change this greatly.

Hardiman and Beyond: the Arts and Culture in Galway, 1820-2020, edited by John Cunningham and Ciaran McDonough (Arden) will be published later this year.

Marie Boran, ‘James Hardiman, 1782-1855: “The Historian of Galway”’, in Próinséas Ní Chatháin and Siobhán Fitzpatrick, eds, with Howard Clarke, Pathfinders to the Past: The Antiquarian Road to Irish Historical Writing, 1640-1960 (Dublin: Four Courts, 2012) 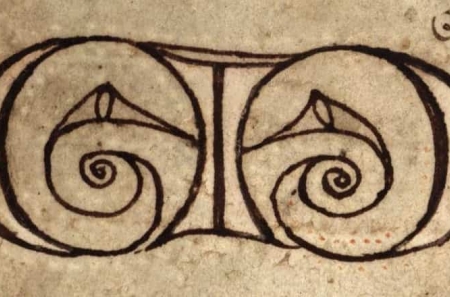 Latest Library Blog post. Ahead of the launch of the new online exhibition we head back to 1813 and look at the circumstances surrounding the 're-discovery' of the sixth-century manuscript, the Cathach.